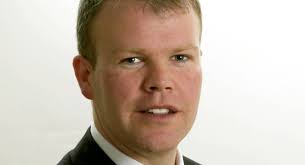 The Pro Life Campaign has described as “completely misleading” claims by Sinn Féin party leader Gerry Adams that the Government “needs to legislate in line with the X Case to protect pregnant women when their lives are at risk”. Mr Adams was responding to the news that Sinn Féin TD Peadar Tóbín plans to vote against the legislation.

Dr Ruth Cullen of the Pro Life Campaign said: “The Sinn Féin leader knows full well that legislating for the X case includes abortion on the ground of threatened suicide, even though all the psychiatric evidence shows that abortion is not a treatment for suicidal feelings. If Mr Adams paid any attention to the recent Oireachtas hearings, he would also be aware that far from treating mental health problems, abortion can trigger severe adverse mental health consequences for women. It is completely misleading therefore for Mr Adams to claim that X Case legislation is necessary to save women’s lives.”

“Instead of coercing its TDs to vote for this dangerous and unjust legislation which will allow for the first time in our history the direct intentional targeting of the life of the unborn, the Sinn Féin Party, like the other political parties, should respect the freedom of conscience of its Oireachtas members and allow a free vote on the issue.”