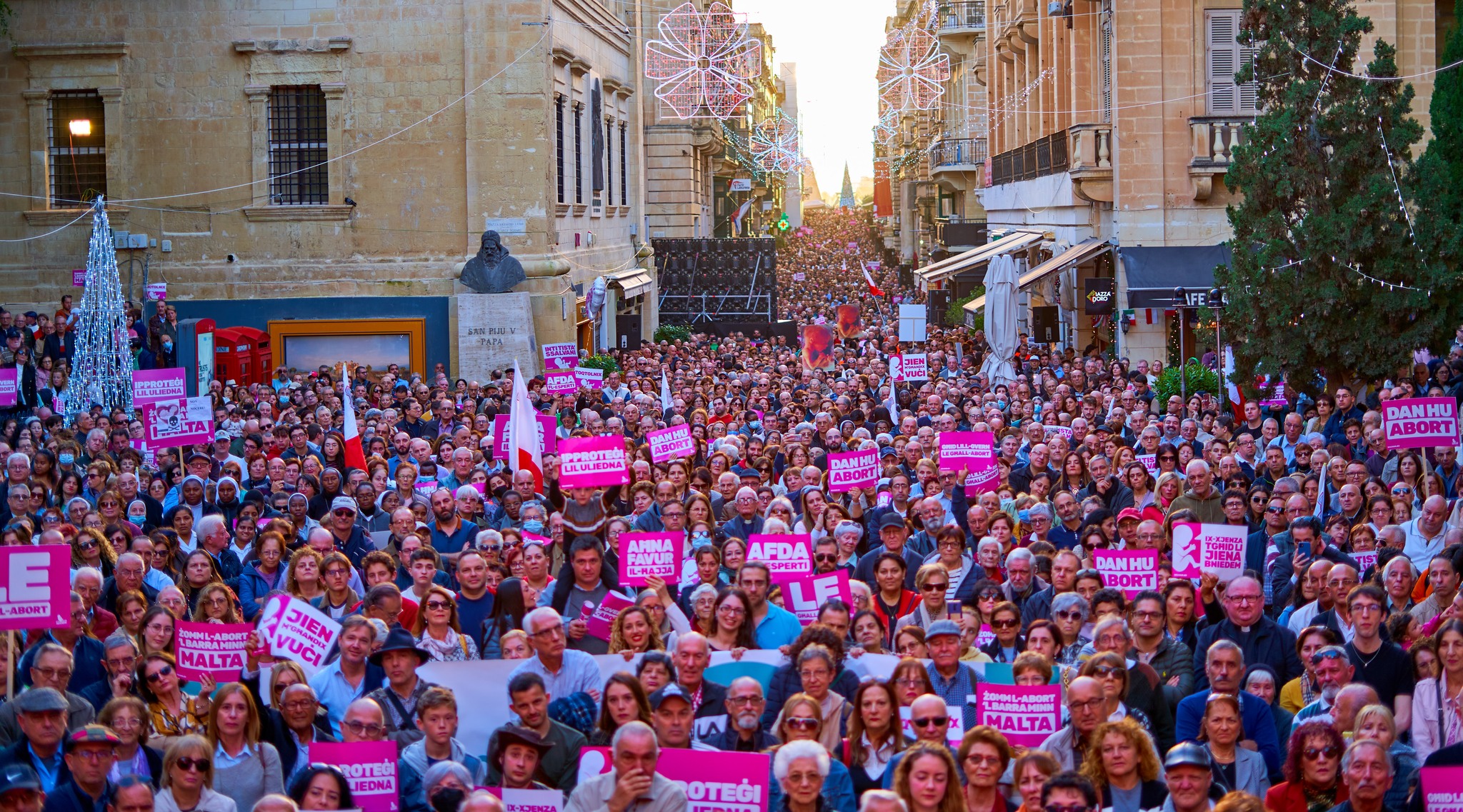 An estimated 20,000 people took part in last Sunday’s pro-life march in Valletta, Malta, in opposition to proposed changes to the abortion law there that would in effect permit abortion on demand.

For an island country with a population of in or around a half a million it was a spectacular turnout on Sunday and will undoubtedly add to the pressure on the Prime Minister there to row back on his plans.

The former President of Malta Marie-Louise Coleiro Preca led the march, and alongside other participants behind a banner reading, “The government amendment will introduce abortion.”

The event’s main organiser and Life Network Foundation leader Miriam Sciberras told the crowd: “Nights away from Christmas, this amendment has come up, to kill a baby, without any form of discussion,” she said. “This is not a door or window to abortion, but a runway to abortion. We safeguard so many minorities, so many laws to protect animals, the environment, laws protect turtle eggs – but we don’t support the life in a womb?”

Maria Formosa of the I See Life Group said they were there to speak for the preborn. “With an abortion you always lose a life,” she said. “We know there are women who suffer from many problems, health and social problems, but abortion is not the answer. The answer is to provide the right support.”

A video message of support from Carol Nolan TD was screened during the event to the massive crowd in the centre of Valletta.