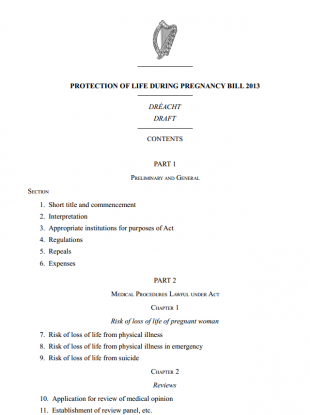 “The Minister for Health’s recent offering of an amendment to preserve the life of the unborn ‘as far as practicable’ just adds insult to injury because it is so meaningless,” says Dr Ruth Cullen of the Pro Life Campaign.

“It just restates what’s already there and will have absolutely no effect when it comes to a woman who says she is suicidal. It remains the case that the Government is preparing to pass legislation that is not evidenced based and will certainly lead to the destruction of unborn human life. It also has the potential to put women’s lives at risk as the adverse effects of abortion on women are being ignored.