Elections on 23rd May – things to keep in mind 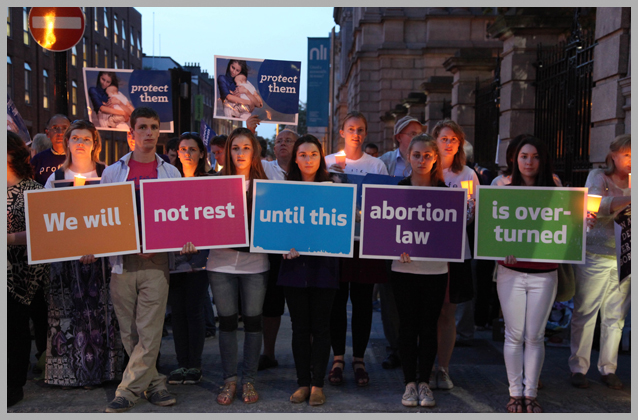 Elections on 23rd May – things to keep in mind

The Local and European Elections in May take place in the shadow of the political promise-breaking and groupthink that led to the introduction of abortion.

We cannot ignore the breakdown of trust which this promise-breaking has produced.  It means for the time being we know that the word of candidates from the main parties about where they stand on abortion cannot be readily accepted as it once was.

We have to look for a new politics of trustworthiness led by politicians with a track record of promise keeping.

When the chips were down, we saw several members of the Oireachtas break ranks with their parties and pay the price for voting against abortion. It may take time but it is these brave men and women that we look to for rebuilding trust in our political system.

With regard to the upcoming elections, the Pro Life Campaign is advising its supporters not to vote for candidates standing for parties that voted for abortion, unless the candidate is prepared to publicly disassociate from the stance his/her party adopted. Anything less would be worthless.

Before Election Day, make sure your family, friends and neighbours know how the main parties voted on abortion in the Dáil:

We have asked candidates in the European Elections the following four questions:

As a Member of the European Parliament, and notwithstanding the position of your political party (if applicable) will you:

(i)  vote against abortion at every opportunity.

We will be publicising their responses together with election advice on this page, our Facebook page and by way of email to our supporters database.

To be kept  up to date with any important pro-life developments in the run up to the Local and European elections on 23rd, ensure you are subscribed to our email newsletter Vital Signs.  You can subscribe here