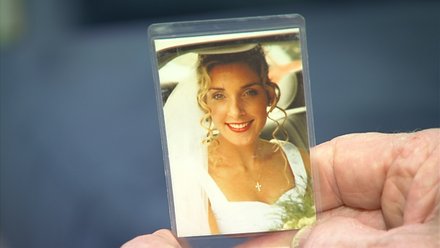 Calls for full implementation of sepsis in pregnancy guidelines

The statement follows reports today that the Medical Council does not plan to proceed with professional misconduct hearings against Dr Katherine Astbury, the doctor who treated Savita Halappanavar in University Hospital Galway in 2012.

Commenting on the fact that the sepsis guidelines issued by the Department of Health in late 2014 have yet to be fully implemented in Irish hospitals, Cora Sherlock, Deputy Chairperson of the Pro Life Campaign said:

“It is unacceptable that guidelines on the treatment of sepsis during pregnancy were only issued by the Department of Health in November 2014 – two full years after Savita Halappanavar’s death and seven years after the death of Tania McCabe in Drogheda.”

Tania McCabe who died in Drogheda in 2007 following septic shock

“The fact that the HIQA recommendations about early warning systems which were issued in 2013 have also not been followed satisfactorily is all the more reason why there is a need to ensure that the 2014 Department of Health guidelines on sepsis management are properly and promptly implemented.

“Every time the Savita case is mentioned, it is presented in a way that gives the impression that her death was due to the lack of abortion in Ireland at the time.  We know from the several official reports that were issued following Savita’s death that this was not the case.

“The fact remains that some people were more determined to use this tragedy to get abortion legislation over the line rather than to ensure proper guidelines on the treatment of sepsis in pregnancy were implemented”, Cora Sherlock concluded.