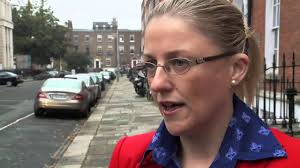 The Pro Life Campaign said it is disappointed at the result of this evening’s Second Stage vote on abortion in the Dáil but welcomed the fact that an initial four Fine Gael TDs voted against the bill. The Pro Life Campaign has also challenged the Minister for Health to a public debate on the contents of the bill saying it is “unbelievable” that he has never debated its contents live on air with opponents of the bill.

Pro Life Campaign spokesperson Cora Sherlock said: “While we are disappointed at this evening’s vote, we congratulate the TDs who voted against the bill, particularly those who were prepared to defy their party whip and vote with their conscience. We are confident that many more TDs will join them over the coming days in opposing the bill.

Ms Sherlock said: “It is cruel and unjust the way TDs with conscientious objections are being pressured and bullied to toe the party line. The Minister for Health has never debated the proposed legislation live on air with opponents of the bill. This is unbelievable given the seriousness of the issue. The Government has a duty to give the public an opportunity to hear the bill debated properly. The Pro Life Campaign challenges the Minister for Health to a public debate on the contents of the bill and what it would mean in practice, before it reaches the final stage in the Dáil.”