29.12.2014: Buttimer suggestion a roadmap for removing any remaining protection for the unborn child – PLC 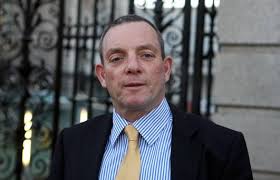 The Chairman of the Oireachtas Health Committee Jerry Buttimer TD today called for an abortion forum to be established to examine Ireland’s law on the matter. In response to his call, Deputy Chairperson of the Pro Life Campaign, Cora Sherlock said:

“What Deputy Buttimer is proposing has all the signs of another set of pretend hearings with a pre-arranged outcome irrespective of any evidence that is presented. We saw in 2013 that the overwhelming medical evidence presented to Deputy Buttimer’s Health Committee during two sets of Oireachtas hearings clearly showed that abortion was not a treatment for suicidal feelings in pregnancy, yet all of that evidence was ignored and the Government proceeded with its agreed, yet deeply flawed legislation.”

“The public would be right to be distrustful about this kind of process starting all over again. There are some loud voices in politics and the media at present who seem to blame the Eighth Amendment for everything while conveniently glossing over the horror of what happens in other countries where there is no legal protection for the unborn.”

“Mr Buttimer says we need to hear from the ‘middle ground’ not the extremes. This is an obvious ploy on his part to soften up public opinion by making a proposal to remove the Eighth Amendment sound acceptable to the electorate. One has to assume he regards as ‘extreme’ the position of those who opposed the legislation in 2013 and who supported evidence-based medicine.”

“Women and babies deserve better than the charade that happened in the Dáil in 2013. The last thing we need is a repeat of that.”