29.08.2014: PLC responds to Olivia Mitchell’s call for referendum on abortion 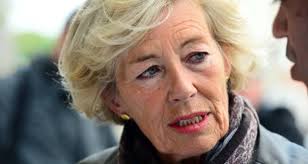 The Pro Life Campaign has taken issue with today’s call from Fine Gael TD Olivia Mitchell for a referendum to be held at some point in the future to delete Article 40.3.3 of the Constitution, which in turn would remove any remaining constitutional protection for the unborn child.

“The calls for the further liberalisation of Ireland’s abortion laws are coming at a time when the baby at the centre of the latest abortion controversy clings to life in an Irish hospital. There is something deeply unpleasant about the way some people are using this case to push for more abortion.

“I agree with Olivia Mitchell that the debate on abortion should be respectful and informed but there is no point in having a debate that completely airbrushes the rights of the unborn child out of any discussion. Those most vocal in calling for the deletion of the remaining Constitutional protection for the unborn are seeking to broaden the grounds for abortion and are ignoring the adverse effects of abortion for both women and their unborn babies.

“The Government’s abortion legislation in 2013 was presented as restrictive even though it allows abortion up to birth in the case of threatened suicide based on no medical evidence. Similarly, those now calling for any remaining Constitutional protection of the unborn to be removed present their proposals as restrictive. In practice such a regime would not be restrictive at all as we’ve seen from virtually every country that introduced abortion always under the guise that it would be restrictive.”