28.07.2021 – Are you a Doctor or Healthcare Professional? Please take a few minutes to make a submission to the Medical Council 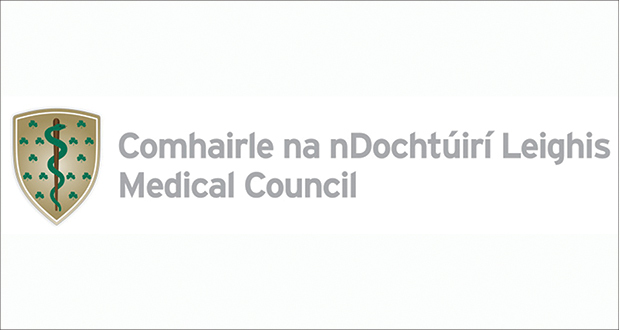 The Medical Council has launched a public consultation as part of the upcoming review of its Guide to Professional Conduct and Ethics for registered medical practitioners. The closing date for sending submissions is Wednesday 18th August 2021. It’s a really important opportunity for doctors and healthcare professionals to make their views known and to influence the ethical guidelines governing medical practitioners for the next five years. We encourage every doctor to make a submission, even if it’s only a paragraph or two in length. The amended Guide issued by the Medical Council in 2019 (after the new abortion law was introduced) greatly undermined freedom of conscience protections for doctors who don’t wish to participate in abortions in any way. It is critically important that the Medical Council receive the message loud and clear that changes are needed in this and other areas of the Guide.

Below are some extracts from our submission to the Medical Council which may be helpful for you.

Most importantly of all though, please ensure you take a few minutes today to write your own brief submission and email it to consultations@mcirl.ie

If you are not a healthcare professional, please consider sharing this with a family member or friend who is. Thank you for your continued support.

The current Guide to Professional Conduct and Ethics (8th Edition) was published in 2016 and amended in 2019, in the wake of the coming into force of the Health (Regulation of Termination of Pregnancy) Act 2018. The amendments made to the Guide in 2019 were alarming and took place without any proper consultation with members of the medical profession. Following these changes, for the first time ever, doctors are obliged to abandon evidence-based medicine to facilitate the ending of human life. Previous guidelines required doctors to adhere to “evidence-based best practice” in relation to abortion but disappointingly this section was removed from the revised Guide.

Sections 49.2-49.7 of the revised Guide obliges doctors exercising conscientious objection to abortion to arrange for the procedure to be carried out by a medical colleague. This puts many doctors in an impossible situation: Doctors who oppose abortion on ethical grounds are now forced to act against their conscience and facilitate abortions taking place; doctors who have formed the professional and clinical opinion that abortion is not a medical treatment (and contend that it may in fact be detrimental to the mental and physical health of women) are forced to overlook all this; doctors who adhere strictly to evidence-based medicine and are not prepared to mislead or lie to their patients by telling them abortion is healthcare, are obliged by the Medical Council under the revised Guide to behave otherwise when talking to their patients.

The revised Guide from 2019 in effect compels doctors in the three situations outlined above to go against their conscience, to overlook their professional and clinical opinion, and to mislead or lie to their patients and pretend that abortion is healthcare simply because the Medical Council obliges them to do so. This dishonest and wholly unacceptable situation brings the entire medical profession into disrepute. If it’s not rectified quickly, it will contribute hugely to the further erosion of public confidence in the health service.

Building Trust
Section 4.1. of the current Guide mentions the doctor-patient relationship and the importance of building trust and placing honesty and integrity at the heart of the relationship. The revised Guide from 2019 makes it impossible for such a relationship to be established or maintained when in effect doctors are no longer free to express their professional, clinical and ethical viewpoints and act on them accordingly.
Politics v. Medical Ethics
Paragraph 1.3 of the current Guide states that:
“Medical care must not be used as a political tool of the State”Sadly, the 2019 changes to the Guide suggest the very opposite. The Medical Council stated at the time that the motive behind the revision to the Guide was:

“removing any conflict between the Ethical Guide and the legislation.”

If the Medical Council continues to view its role as merely rubber-stamping government policy in certain areas, it will entirely forfeit its autonomy and become irrelevant. This would have devastating consequences for evidence-based medicine and the independence of the medical profession.

(i) Freedom of conscience is an essential human right.*  Conscientious objection therefore flows directly from that right and is the refusal to participate in any activity that a person considers incompatible with his/her religious, moral, philosophical or ethical beliefs. The right to Conscientious Objection is largely recognised in European and International Human Rights Law. For example, Article 18(1) of the International Protocol on Civil and Political Rights states that: “Everyone shall have the right to freedom of thought, conscience and religion.”The UN Human Rights Committee has commented that: “this provision cannot be derogated from, even in time of public emergency.” Freedom of conscience is an inalienable human right. No doctor or healthcare worker should ever be forced to go against their conscience, to ignore their professional and clinical judgement or to mislead or lie to their patients by pretending that abortion is a medical treatment when they wholeheartedly believe it not to be the case. The Guide to Professional and Ethical Conduct needs to be revised urgently to restore proper freedom of conscience protections and adherence to evidence based medicine.

(ii) Any revision to the Guide in the area of freedom of conscience also needs to ensure that no obligation is placed on conscientious objectors to engage in abortion referral. Forcing doctors opposed to abortion to arrange for the abortion to be carried out by a colleague is not respecting freedom of conscience. There is no ethical difference between performing the abortion oneself and arranging for someone else to carry it out. The result of both is the same – an unborn baby loses its life. The Medical Council has a duty to protect its members from becoming facilitators of abortion, and to fulfil this responsibility the 2019 Guide needs to be amended.

(iii) The definition of abortion in the 2018 law passed by the Dáil is a “procedure intended to end the life of the foetus”. There is nothing about medicine or healthcare in the definition. The intent of what the law provides for could not be clearer. Its sole purpose is life ending, not saving it. The Medical Council as the medical body charged with setting ethical standards should clearly and cogently explain in the Guide the ethical differences between evidence-based life-saving interventions in pregnancy and induced abortion, where the only intent is to end a human life.

(iv) The 2016 Guide before it was amended in 2019 mentioned in Clause 48.1, the “ethical duty to make every reasonable effort to protect the life and health of pregnant women and their unborn babies.” This was a clear endorsement of the “two-patient” model which governed obstetrical practice in Ireland for generations. Under this system, Ireland was also a recognised world leader in safeguarding the lives of pregnant women.

In the 2019 revision of the Guide, the reference to the ethical duty to protect the life of unborn babies was removed in its entirety and replaced with a new paragraph 48.1 which states: “Termination of Pregnancy is legally permissible within the provisions of the Health (Regulation of Termination of Pregnancy) Act 2018”** While the new abortion law in Ireland permits abortion and ignores the rights of unborn babies, there is nothing stopping the Medical Council from acknowledging the “two-patient” model of care and the principles which underpin it.

The hasty way the revised Guide in 2019 was drawn up must be addressed as part of the latest revision taking place. The issues involved are of profound and critical importance, that extend far beyond the provision of abortion. They are issues that cannot be side-stepped and overlooked by the Medical Council. They must be confronted head on if the Guide to Professional Conduct and Ethics is to command respect in the future and have any credibility within the medical profession and the wider public.