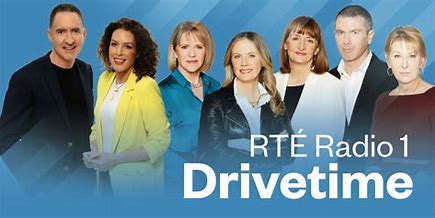 Pro Life Campaign spokesperson Eilís Mulroy was interviewed this evening by Sarah McInerney on RTÉ’s Drivetime about the Government’s Three Year Review of the abortion law and the meeting of the Oireachtas Health Committe that took place earlier in the week which only invited pro-abortion campaigners to participate.

Eilís did an excellent job on Drivetime in presenting the key recommendations in the PLC’s submission to the review and expressed concern about the Government’s refusal to date to deliver a fair and transparent review. Sarah McInerney gave Eilís a reasonable opportunity at the start to make her points but changed tack towards the end as Eilís raised issues like the need for foetal pain relief for unborn babies during late term abortions and when she referenced the UCC research indicating that babies have survived the abortion procedure under Ireland’s new abortion law and have been left to die alone without receiving any medical care.

There was a stark contrast overall between the interview with Eilís and the soft ball interview Sarah McInerney conducted with the National Women’s Council the previous day, where she never took issue with any of the research cited or claims made in the interview.