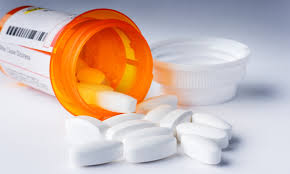 Responding to the news that abortion campaigners intend bringing abortion pills over the border from Belfast today, Caroline Simons of the Pro Life Campaign said:

“This appears to be an initiative more concerned with garnering publicity for the pro-choice cause rather than a genuine regard for women’s health and wellbeing.”

“The groups involved have no regard for the humanity of the unborn child and no interest in drawing attention to the fact that abortion has significant negative health consequences for many women.”

Commenting on the fact that the Irish Family Planning Association is one of the groups publicly responding to this story, Ms Simons said:

“Yesterday was the second anniversary of the revelation that the state-funded Irish Family Planning Association was coaching women how to import illegal abortion pills to self-administer without any medical supervision.  They were also giving women life-endangering advice including telling them to falsify their own medical records. It’s outrageous that today, the IFPA have weighed in on this debate and astonishing that harder questions aren’t being asked of those who are campaigning for abortion. Women deserve better.”