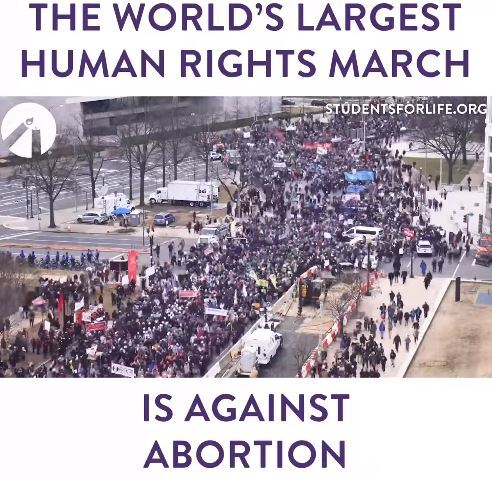 Last week’s March for Life in Washington, D.C. drew an estimated crowd of 150,000 pro-life people from across America. The event has taken place annually since the 1973 Roe v. Wade decision of the Supreme Court that legalised abortion on demand in the US.

Marchers at this year’s event expressed the hope that the 2022 march (the 49th in a row) will be the last under Roe, as the Supreme Court is currently deciding the Dobbs v. Jackson case, which is likely to lead to the overturning of the 1973 decision, leading to the possibility of proper legal protections being restored to safeguard the lives of unborn babies and their mothers. Let’s hope and pray this happens!