27.11.2020 More reactions from TDs and Senators to shocking new UCC study on abortion in Ireland 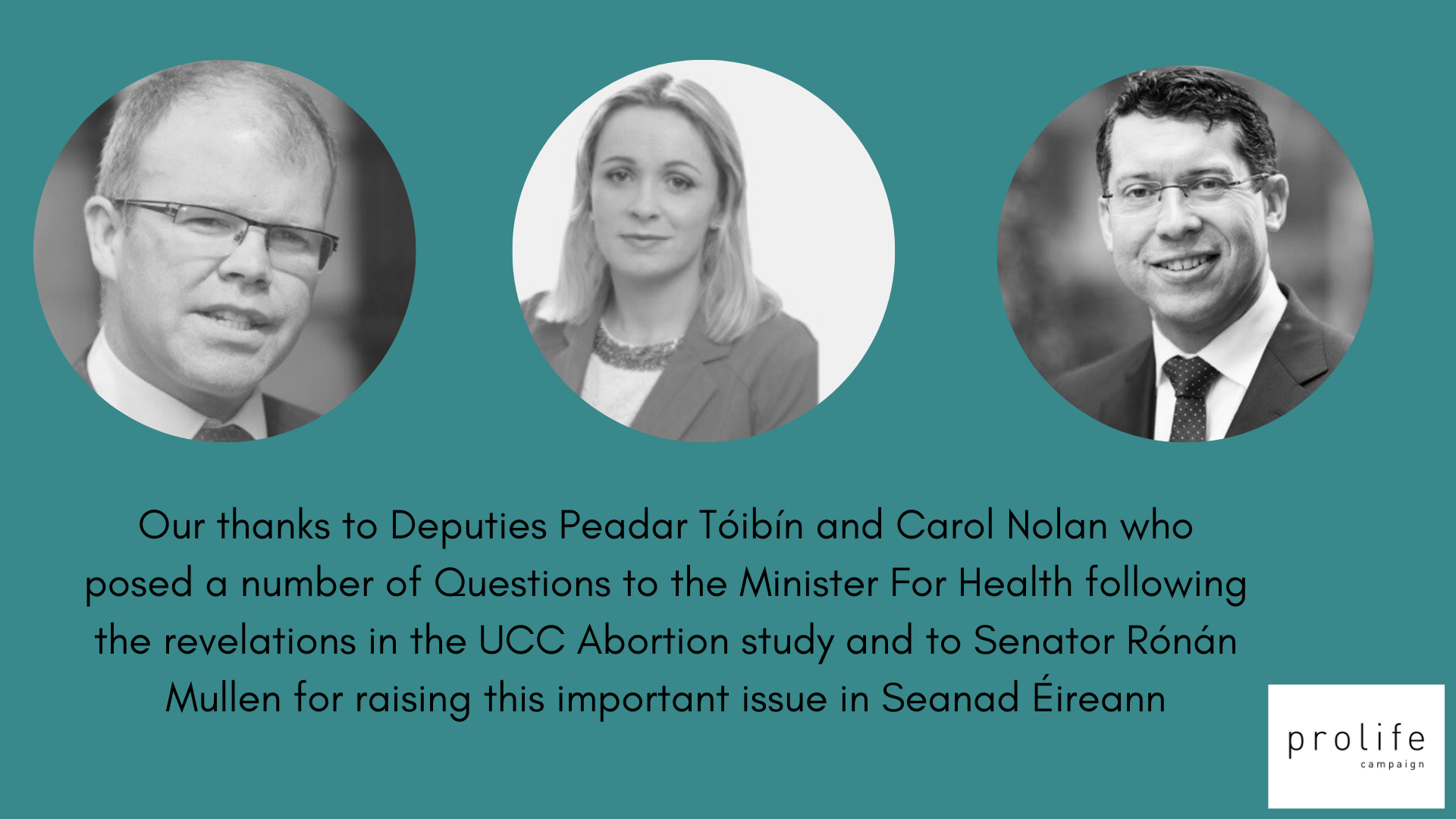 Deputy Peadar Tóibín put a number of questions to the Minister For Health over recent days following on from the shocking study which was published in the British Journal of Obstetrics and Gynaecology recently.

The Deputy asked the Minister a number of questions around whether doctors had raised the concerns revealed in the study with the Minister, whether medics had expressed freedom of conscience concerns and about the date of the intended review of the abortion legislation. Read the questions and responses here.

Senator Rónán Mullen raised the results of the UCC study in Seanad Éireann this week.  Senator Mullen was among a number of Senators who proposed amendments to the abortion legislation in 2018 which would have allowed precautionary pain relief for surgical abortions, and after-care for babies who survive the procedure, as a gesture towards the compassion we should feel in these cases. These proposals were rejected out of hand.  You can watch Senator Mullen’s contribution here.

In reply to a series of Parliamentary Questions from Independent TD Carol Nolan, Minister Stephen Donnelly made the extraordinary revelation that there is no requirement under the 2018 abortion Act for women or for medical practitioners to report medical complications following early medical termination of pregnancy to the Minister for Health. This represents a serious breach in the duty of care that the Minister ought to demonstrate toward women exposed to potentially toxic medication. Deputy Nolan also submitted 9 further PQ’s seeking data on adverse abortion outcomes and five PQ’s on the UCC Study on later term abortions and foeticide.

It is very important that our public representatives continue to ask pertinent questions and put pressure on the Minister and the Government around the horrific implementation of the abortion law.  It is through this consistent pressure that change will ultimately come about.

We encourage supporters to thank those TDs and Senators who continue to speak up for unborn babies and their mothers in Leinster House.