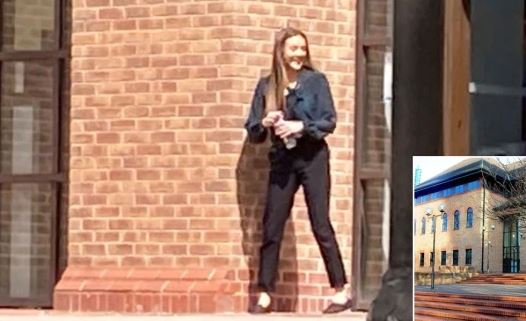 A 23 year old woman has pleaded guilty in Derby Crown Court to pretending to be pregnant so she could access abortion pills for her lover who wanted to trick his girlfriend into taking them.

Georgia Day lied to her doctor claiming she was pregnant in order to gain access to the pills. She then gave the abortion pills to her lover who had planned on starting a family with his girlfriend but changed his mind.

Day was having an affair with the man when he sought the pills. He offered to pay a substantial sum to acquire them after his girlfriend refused to get an abortion. In the end, Day agreed to obtain them for him free of charge.

After a trial, he was found not guilty of conspiracy to procure the abortion pills but his co-accused Day, pleaded guilty to the charge.

The entire story highlights another dreadful truth about legal abortion and the way it undermines respect for human life and places pressure on women to end the lives of their babies against their expressed wishes. This latest story also shows how telemedicine abortion which does not necessitate a face to face consultation between the woman and a medic prior to the abortion inevitably leads to situations where abortion pills are accessed for the sole purposes of coercing or duping women into abortions they never wanted.

It’s remarkable how little coverage the media gives to stories like this one. Anything that challenges their ‘liberating’ abortion narrative must be suppressed at all costs it seems, for fear it might prompt people to ask questions.

Click here to send ready-to-go message to your local TDs calling on them to press the Minister for Health Stephen Donnelly to stop sanctioning the dangerous practice of telmedicine‘DIY’ remote consultation home abortions in Ireland.