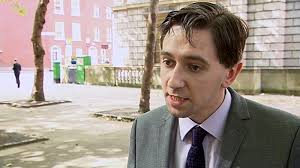 The Pro Life Campaign has said “the Government’s proposals on abortion are way more extreme than Britain’s, where 1 in 5 pregnancies now end in abortion.”

The PLC was responding to reports today that the Government intends to include restrictions on late-term abortions in the outline of the proposed Bill that would likely become law if the Eighth Amendment were repealed.

Commenting on media reports speculating what the Government is likely to publish this week, Dr Ruth Cullen of the Pro Life Campaign said:

“Every day between now and the referendum the Government will try to convince voters that its proposal is reasonable and even restrictive. But the truth, is what’s being proposed is one of the most extreme abortion laws anywhere in the world, including the proposal for unrestricted access to abortion up to 3 months in pregnancy, a provision that goes much further than what the English law currently permits.

Dr Cullen continued: “The Government’s abortion proposal effectively sets the rights of unborn babies at zero. Government ministers know full well too that if the Eighth Amendment were repealed there is no guarantee that even the proposed restrictions on late-term abortions would last any length of time.

“The Taoiseach, the Minister for Health and others in government have totally abandoned the rights of unborn babies. They should stop pretending otherwise with insertions here and there to the Bill that are utterly meaningless and would do nothing whatsoever to safeguard the right to life.

“It’s extremely heartening though that the public are starting to see through what’s going on, as evidenced by recent opinion polls. This Government can package its proposal any way it wants but that won’t change the sad and tragic fact that repeal equals abortion on demand and nothing else.”