26.03.2018: Coveney has given his backing to wide-ranging abortion  regardless of how he presents it – PLC 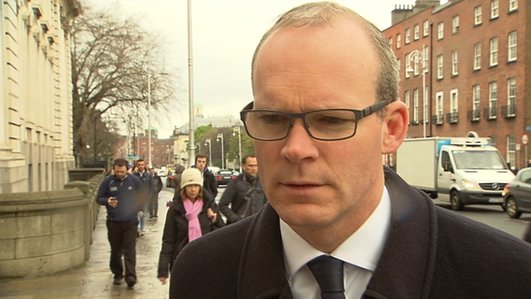 The Pro Life Campaign has said that Tánaiste Simon Coveney has brought the issue of trusting politicians to the front and centre of the debate after becoming the latest politician who in the space of just a few weeks has entirely changed his position on the kind of abortion regime he supports.

Commenting on the Tánaiste’s latest position in favour of unrestricted abortion up to 3 months in pregnancy, PLC spokesperson Cora Sherlock said:

“I’m very disappointed with Simon Coveney. To be honest, I had hoped for better from him on such a serious issue.  I think it is particularly sad that he is engaging in word games when he knows that the proposal he is backing will lead to abortion on demand in Ireland and he knows it will end the lives of countless babies whose hearts are already beating and are at a point developmentally where they have started to suck their thumbs.

“If someone like Minister Coveney can change his mind in a matter of weeks, it brings the question of trust in politicians to the front and centre of the debate because if we were to repeal the Eighth Amendment, politicians would be given a blank cheque to make whatever laws they wanted with regard to making abortion more widely available and the public would never again have a chance to have their say on protecting the right to life at its fragile beginnings.”