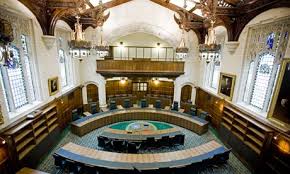 The Pro Life Campaign (PLC) has welcomed the rejection of assisted suicide by the UK Supreme Court today.

Responding to the judgment handed down in the Nicklinson case when a majority of seven judges to two dismissed a request to declare parts of the 1961 Suicide Act incompatible with human rights law, Cora Sherlock, Deputy Chairperson of the Pro Life Campaign said:

“A true vision of human rights is one that reassures vulnerable groups within our society that we oppose assisted suicide and euthanasia and cherish the dignity and worth of every human life.”

“While the facts of this case and other cases of people suffering with terminal illnesses are very tragic and deserve our sympathy and support,  the reality is that if we accept that people can end their lives, there is a real danger that this will have the effect of causing distress to the elderly and most vulnerable members of our society.

The UK Supreme Court today also rejected an attempt to protect those who travel abroad with patients who wish to end their lives.

Ms Sherlock called for more Government resources and supports for patients and their families in difficult situations of terminal illness.  She said:

“Our challenge is to create an environment where people die with dignity with every possible comfort and the support of their families and community.   As a society, we must ensure that everyone is accorded the respect due to them as members of the human family.