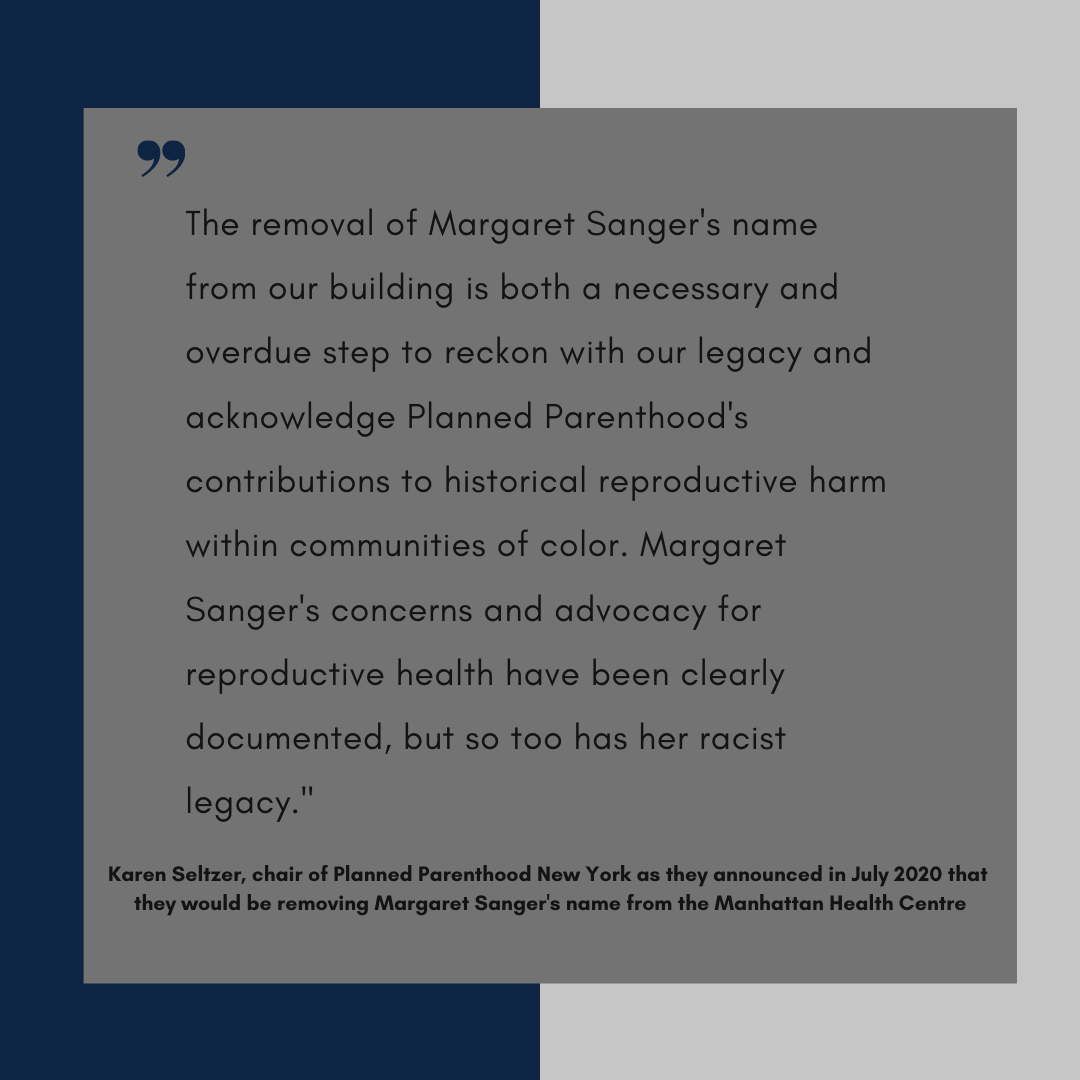 It was widely reported across the world this week that the New York branch of Planned Parenthood (the largest abortion provider in America) accepted that their founder was a leading promoter of eugenics and racist practices.

The New York Times reported that as recently as 2016, Planned Parenthood had publicly defended Margaret Sanger, their founder, despite her strong support for the eugenics movement being widely known for decades. In 1921 Sanger wrote that “the most urgent problem today is how to limit and discourage the over-fertility of the mentally and physically defective.”

Planned Parenthood’s own fact sheet from 2016 which defended Sanger even admitted that she also supported sterilising people with disabilities and placing ‘illiterates, paupers, unemployables, criminals, prostitutes, and dope ends’ on farms to help improve themselves. One of the most shocking and controversial actions Sanger undertook was addressing a Klu Klux Klan meeting in 1926 about the benefits of birth control.

Pro-life campaigners for years have attempted to highlight the racist origins of Planned Parenthood, and even Time Magazine in 2016 corroborated these claims. Yet why did it take so long for Planned Parenthood to acknowledge the grim really about its past? And why is it only doing so now in 2020, when it is convenient for them to do so? These questions still remain.

Tragically, Planned Parenthood has performed millions of abortions throughout its history. That is perhaps no surprise given their founder’s ardent support for the eugenics movement.