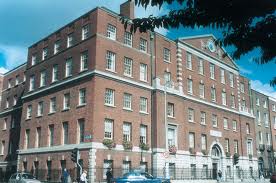 The Pro Life Campaign (PLC) has said the recent abortion legislation was not needed to safeguard the lives of pregnant women.

The PLC was responding to media reports today that the first termination of pregnancy under the new abortion legislation took place recently at the National Maternity Hospital on Holles Street.

Commenting on the reports, Dr Ruth Cullen of the Pro Life Campaign said: “While the precise circumstances surrounding the intervention in this tragic case are unknown, what is clear is that the Government’s abortion legislation permits doctors to blur the distinction between necessary life-saving interventions in pregnancy and induced abortion (where no effort whatsoever is made to save the life of the baby).

“Now that the blurring of such important ethical distinctions is permitted in law, it is inevitable that abortions directly and intentionally targeting the life of the unborn child will take place, even on the threat of suicide ground, where there is no medical evidence to justify an intervention.

“This is the stark reality of what members of the Oireachtas voted for recently and why the pro-life movement was so vocal in its opposition to the Bill.

“The HSE confirmed today that the law has not yet come into force. On foot of this, one has to ask is The Irish Times suggesting that the law was broken by the doctors in Holles Street or does it now accept that the new law was not needed to protect women’s lives?

“In truth, life-saving interventions have always been in place. Ireland, without abortion, is a recognised world leader in safety for pregnant women. It is a tragedy that those campaigning for abortion legislation have been successful in creating the opposite impression,” she said.

Dr Cullen also expressed concern at the way The Irish Times today repeated the claim that Savita Halappanavar died because she was denied a termination of pregnancy.

“The Irish Times has obviously decided to ignore the conclusions of the coroner’s inquest into the tragic death of Savita and decided instead to stick rigidly to its original misleading presentation of what happened. This is most regrettable,” Dr Cullen concluded.