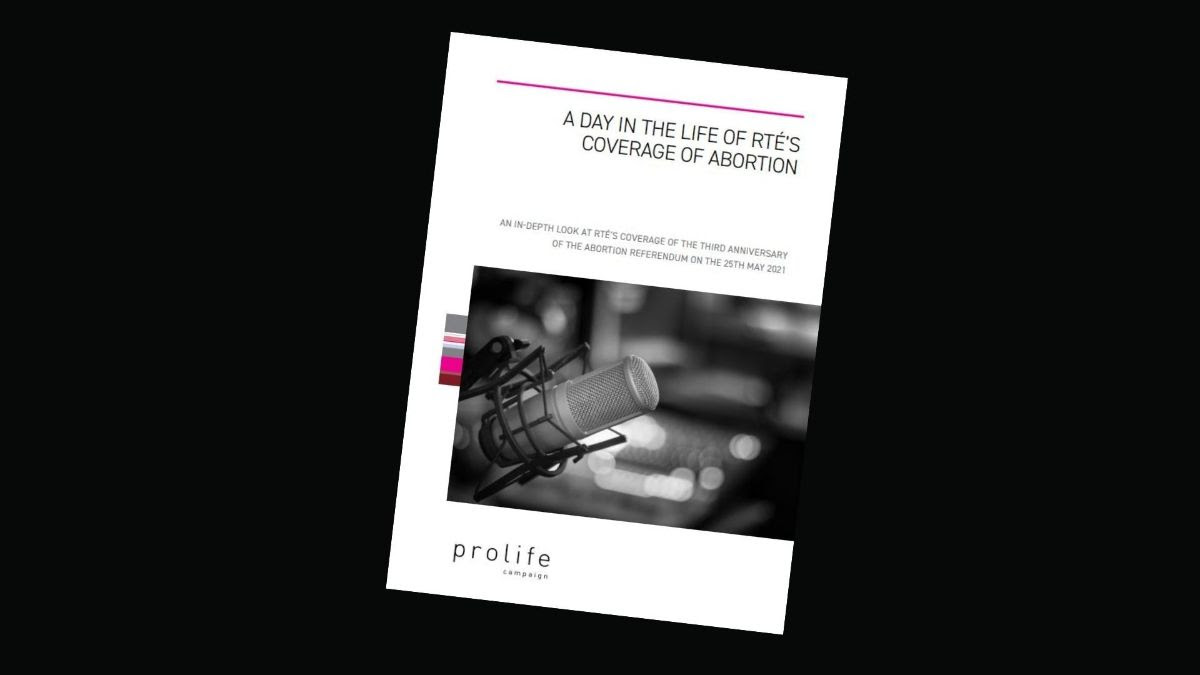 A Day in the Life of RTÉ’s Coverage of Abortion is an illuminating overview of RTÉ’s coverage of the abortion issue on the 3rd anniversary of the referendum (25th May 2021). It’s an example of a typical day when abortion is in the news and how RTÉ treats the issue.

There’s much talk at present about biased coverage but it’s only when things are properly documented that the full scale of the problem becomes apparent. We strongly encourage you to take a few minutes to read this important new document from the Pro Life Campaign.

On a related matter, it’s been over 2 months since the PLC E-card initiative to RTÉ started. Since then literally thousands of people have signed the card calling on RTÉ’s Director General to explain why pro-life supporters should be expected to continue paying the TV license given RTÉ’s incredibly biased reporting on the pro-life issue.

It is unacceptable but very telling the way RTÉ has refused to respond to those who sent E-cards. If you haven’t already signed the E-card, please do so today and SPREAD THE WORD to family and friends.

Let’s keep the pressure on until RTÉ replies!