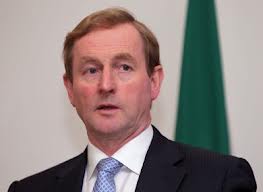 The Pro Life Campaign has strongly criticised Taoiseach Enda Kenny over what they described as his “downright misleading” comments on abortion on RTÉ’s The Meaning of Life.

In the interview with presenter Gay Byrne, which was broadcast last night, the Taoiseach claimed that the legislation he introduced was necessary to save women’s lives and that there had been a number of cases in recent years that pointed to the need for the legislation.

“The Taoiseach’s remarks were downright misleading. He knows full well that the Government did not need to introduce the legislation to protect women’s lives. Women were already protected under the existing law. The truth is that under Enda Kenny’s leadership the Government passed a law that allows the life of an unborn baby to be ended based on a threat of suicide even though all the peer-reviewed evidence shows that abortion is not a treatment for suicidal feelings. All it takes now for the life of a baby to be destroyed is for two like-minded psychiatrists who favour abortion to sign away the life of a baby.”

Ms Sherlock said “it is sad and even pathetic that our Taoiseach keeps looking for opportunities to spin the meaning of the new law. One of the few consoling things about all that has happened is the shining character of people like Lucinda Creighton and others who paid the price and made huge political sacrifices by voting with their conscience against a law that has ushered abortion into Ireland.”