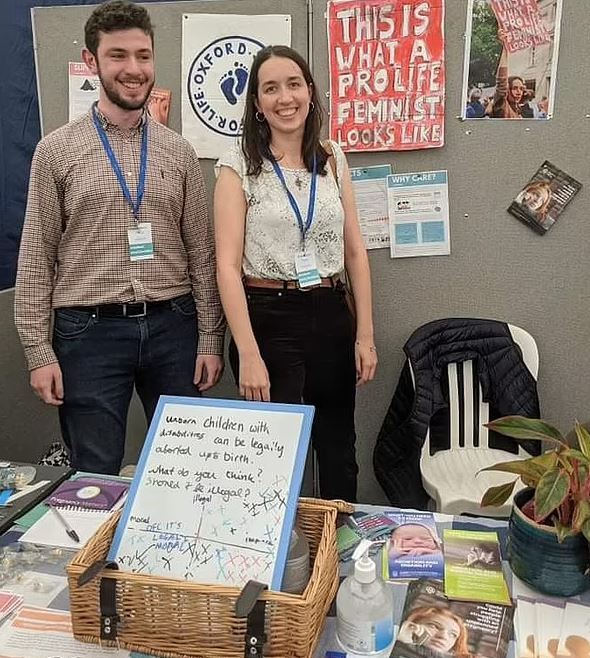 Earlier this week, it was reported that pro-abortion students at Oxford University attacked and vandalised the stall of Oxford Students for Life (OSFL) during the annual Freshers’ Fair enrollment event at the university. The pro-life stand was pulled to pieces by the abortion activists, thrown in a bin and dragged outside the venue.

The President of the pro-life society, Anna Fleischer, said the young woman operating the stall at the time was left feeling “scared, frightened and nervous” following the incident. Ms Fleischer continued: “We are a secular, non-sectarian society, seeking to promote the culture of life at the University and beyond, by fostering discussion and education on beginning and end of life ethical issues, from a pro-life perspective. As someone who describes herself as a pro-life feminist, I believe promoting discussion and serious reflection on issues like abortion which affect women so profoundly is not only deeply worthwhile, but necessary.”

An Oxford University spokesperson said in a statement that the university supports a right to freedom of expression and condemns the protesters’ actions.

The Oxford incident is by no means isolated. Protests have erupted in other universities in the UK in an attempt to disband and silence pro-life groups on campus. Similar efforts to curtail the freedom of expression of pro-life students has also occurred on third level campuses across Ireland in recent years. It is a clear sign that abortion supporters fear the power and strength of the pro-life message and want to deny people the opportunity to hear the truth about the humanity of unborn babies and the impact of abortion on women.

We should be encouraged rather than discouraged by the desperation and nervousness being exhibited by our opponents as they seek to silence dissent and shut down debate.