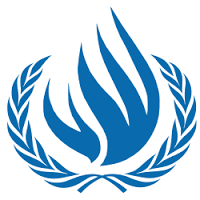 “It is stretching credibility for the UN to claim to represent genuine human rights in any real way.”

The Pro Life Campaign has described the recent UN hearings on abortion in Geneva as the latest chapter in an ongoing charade perpetrated by a Committee that is deeply hypocritical when it comes to abortion.

Commenting on the Report which issued from the UN’s Committee on Economic, Social and Cultural Rights, Deputy Chairperson of the Pro Life Campaign, Cora Sherlock said:

“The Report highlights the importance of fighting discrimination, recommending that the State adopt “comprehensive anti-discrimination legislation” before then going on to advocate the further liberalisation of Ireland’s abortion laws. As the Committee members will be aware, abortion is the ultimate discrimination, targeting the right to life of the unborn, the most vulnerable in our society.

“In a similar vein, the Committee recommends a series of measures to benefit the disabled but it ignores the fact that in countries like the UK, abortion is available right up to birth where a baby is diagnosed with a disability. The Committee cannot continue to ignore these inconsistencies and expect its credibility to remain unchallenged.”

“There is no “right to abortion” in international human rights law, a fact which has been conveniently ignored by the members of this Committee. There is, however, a “right to life” which is clearly set out in Article 3 of the Universal Declaration of Human Rights. The UN should ensure that all of its Committee members adhere to the founding principles of this Declaration, and do not advocate measures which would impact negatively on the right to life of any human being, particularly the most vulnerable in society.”

“Once again, the Committee has shown itself to be incredibly biased on abortion. It has shown no consideration for the rights of unborn babies throughout the full nine months of pregnancy. This is not the first time that a Committee associated with the UN has simply ignored the rights of the unborn and at this stage it is stretching credibility for the UN to claim to represent genuine human rights in any real way.

“The Committee is continuing to ignore the well-documented cases of babies being born alive and left to die after botched abortions.* Likewise, the Committee has had nothing to say about the case that is currently before the courts, where a woman from Ireland bled to death following an abortion in a Marie Stopes clinic in London. These are just some of the ways that the Committee has shown a biased approach to the issue of abortion, always quoting stories that favour further liberalisation.

* The Confidential Enquiry into Maternal and Child Health, 2007 commissioned by the UK Government, found that 66 infants survived NHS termination attempts in hospitals in England and Wales during 2005. Instead of dying during the abortion procedure as intended, they survived and were able to breathe unaided. But they received no medical attention or care and were left in corners to die. One of the babies lived for ten hours.