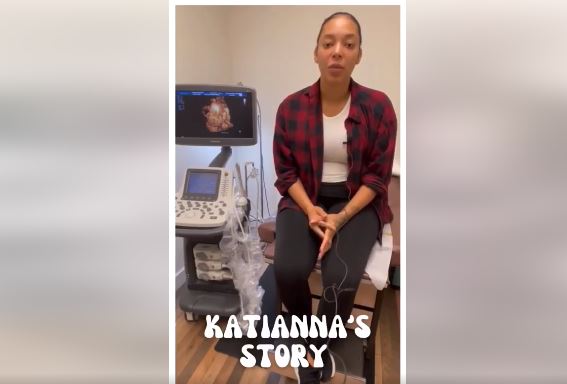 Soon after Katianna, a young mum from Miami, Florida took the abortion pill, she regretted the decision.

In the video produced when she was 25 weeks pregnant, she claims she was sceptical at first about  APRN as she had never heard before that such groups even existed.

Katianna had already taken the first two doses of the abortion pill before contacting APRN. She was desperate to get help to save her baby’s life.

APRN administered the reversal pills which worked and Katrianna was put in touch with Heartbeat of Miami pregnancy centre to assist her through the remainder of her pregnancy.

Last month, she delivered a healthy baby girl, whom she named Ocean. Commenting on the help and support received from the various pro-life individuals and groups, she said: “From the bottom of my heart, I want to say, ‘thank you’. I’m extremely blessed”.

“If it weren’t for their help, how quick, how knowledgeable, and how effective the treatment was, I would be sad and depressed, and my baby would not be alive,” she said.

The individuals and groups that assisted Katianna are depicted in the most negative light possible by abortion campaigners and their allies in the mainstream media. They go to absolutely extraordinary lengths to smear, demonise and undermine the work of these brave people who are simply trying to save the life of another human being – incidentally, a human being whose mother is also desperate to save.

The abortion pill reversal debate shines a whole new light on the abortion debate – not because of the manufactured controversy surrounding it, but because it demonstrates in a crystal clear way that the so called ‘pro-choice’ movement doesn’t really believe in choice. The word ‘choice’ is nothing more than a soothing sounding slogan to them as they endeavour to ensure that all roads lead to abortion. If genuine choice was what they believed in, they would celebrate the decision of any woman who seeks abortion pill reversal treatment to give their baby a chance to live and thrive.