2.12.2022 – Special Oireachtas Committee on assisted suicide to be established before Christmas 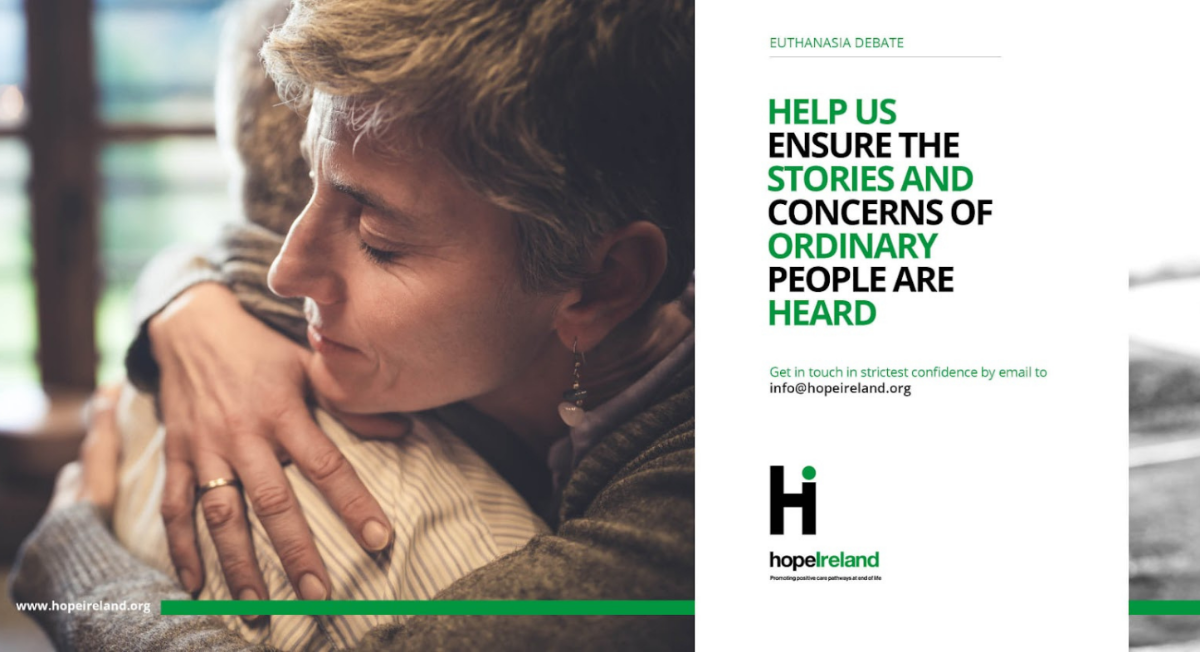 A Special Oireachtas Committee on assisted suicide/euthanasia is set to be convened before the  Christmas break, with the terms of reference agreed by the Dáil Reform Committee.

Those pressing for this new committee to be established are determined to see euthanasia legalised in this country and are hell-bent on using any committee structure to bring it about. Talk about wanting to ensure proper “safeguards” are put in place and guaranteeing that no one ever feels “pressured” to opt for euthanasia is just a political smokescreen to get what they really want, which is the legalisation of assisted suicide/euthanasia in Ireland without any meaningful safeguards.

If evidence were needed, you only have to look at the ‘Dying With Dignity’ bill which passed at Second Stage in the Dáil in October 2020 by 81 votes to 71. That particular bill, if it had been approved at final stage in the Dáil would have allowed wide open euthanasia in Ireland. Thankfully it was stopped last year by the Oireachtas Committee on Justice from progressing to a final vote. On another optimistic note, it was highly significant that over 2,500 medical doctors signed a petition at the time expressing their opposition to the bill – including a large number of specialists in end-of-life care.

It is all-important however that whenever the latest committee gets up and running that everyone opposed to euthanasia makes their voices heard. We need to give our full backing to the courageous TDs and Senators who are prepared to stand in opposition to any moves to introduce euthanasia. We need to be generous in coming forward to share personal stories that could impact the debate. Don’t assume your story about yourself or a loved one has no relevance in the debate. Send a quick email to info@hopeireland.org and tell them about your story. They will treat it in the strictest confidence and respect your wishes on how it might be transmitted to a wider audience.