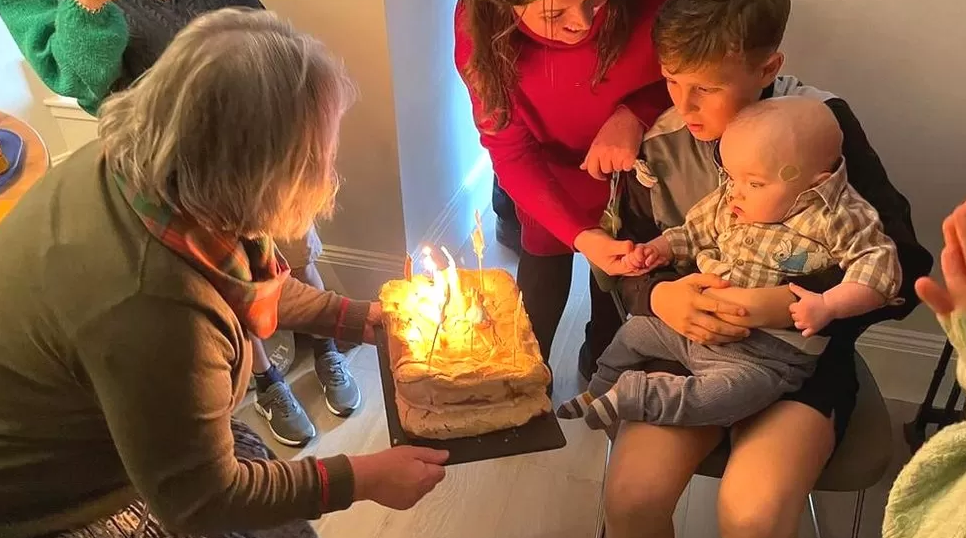 When baby Hector Tully was born prematurely at 23 weeks, he was given one day to live. Defying medical odds, he recently celebrated first birthday with his mum Marie Clare and family.

Even though it has not been an easy 12 months, Marie Clare says it’s been the happiest year of her life. Hector not surprisingly has extra complications due to his prematurity at birth. He is still a regular patient at the Royal Hospital for Children and Young People in Edinburgh and has undergone several operations. Despite all the struggles Marie Claire says: “I feel the luckiest person, he brings so much joy to so many people. He is beyond a miracle and I am so proud of him.”

Baby Hector’s amazing story of survival at 23 weeks brings into sharp focus the abortion law in Britain which permits abortion up to 24 weeks in pregnancy, and up to birth in cases where the baby has a disability.

Earlier this week, the Court of Appeal in London rejected disability rights campaigner Heidi Crowter’s challenge to the discriminatory abortion law that permits abortion up to birth on disability grounds, including in cases where the baby is diagnosed with Down’s syndrome.

There is no rational, scientific or ethical justification for legalised abortion. The stories of baby Hector and Heidi Crowter’s legal challenge prove that. Every elected politician and judge of the courts knows this to be the case. They are fully aware of the incoherence and inhumanity involved in defending legalised abortion. But they also know that if they were to concede that an unborn baby has a right to life in one specific case, then the grounds for abortion on all grounds would collapse.

After the court announced its decision, Heidi Crowter told the crowd gathered outside: “This law was made in 1967 when we were not even allowed to go to school because of our extra chromosome, so I think it’s time that the judges moved with the times and actually meet people with Down’s syndrome and see the people behind the chromosome.”

In taking her case to court, Heidi has succeeded in exposing the hypocrisy and hollow words of those who preach in favour disability rights (including judges) yet refuse to defend the right to life of unborn babies who happen to have a disability.

Heidi and Maire Lea-Wilson (mother of Aidan who has Down’s syndrome) may have lost their case in the Court of Appeal this week but by having the courage to take the case in the first instance, they have brought the day closer when consistency, joined-up thinking and justice is restored to the law.

Heidi is understood to be seeking permission for her case to be taken on to the Supreme Court.