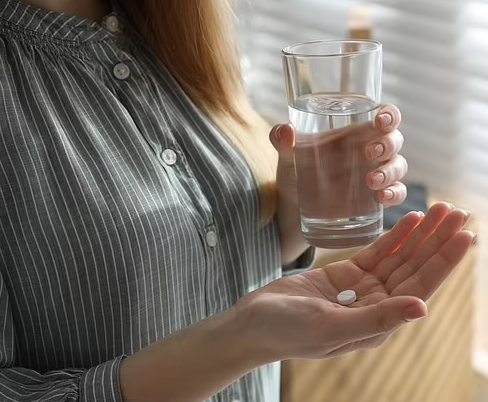 The British Daily Mail ran a story in recent days pointing out that ‘DIY’ at home abortions now accounts for more than half of all abortions in England and Wales. It also interviewed women who shared harrowing stories of what it was like having an abortion at home without any medical supervision.

Emily Price and Katherine Telby, both had ‘DIY’ abortions since the practice was introduced at the start of Covid in March 2020.

Emily, 23, a PR executive, contacted the British Pregnancy Advisory Service (BPAS) when she discovered she was pregnant. Following a short phone conversation with a member of staff, she was sent the abortion pills in the post. She told the Daily Mail that she found it “a bit concerning that I didn’t have to prove I was pregnant. I could have been getting pills for someone else and they’d have no access to their medical information”.

She took the first pill when her unborn baby was almost seven weeks old. 24 hours later she took the second pill and started bleeding within 15 minutes. After an hour, she said the pain was so severe she was doubled up on the toilet. She said she became “terrified” and described how awful she felt as the abortion of her baby took place. She said: “People need to be aware this is not an easy way out. It will stick with me forever”.

Katherine Telby also had a ‘DIY’ at home abortion and described to the Mail how she would have liked to keep her baby but her boyfriend was not supportive. “My boyfriend said it wasn’t the right time. My heart said I should keep the baby, but I didn’t want to do it on my own and worried this pregnancy could also end in miscarriage”, she said.

Before the abortion pills arrived in the post, Katherine started questioning her decision and wanted an appointment with Marie Stopes to discuss her options but she said “the clinic was impossible to get hold of.” She tried for five days but was put on hold for about an hour each time.” In the end, she took the abortion pills.

She told the Mail: “I thought an abortion at home would be less traumatic. I was writhing in agony.” She said if she had face-to-face counselling, she would likely have continued with the pregnancy.

It is such a terrible tragedy the way State policy in Ireland just like in England denies women the opportunity to properly explore all the options before proceeding down the road of abortion. It is alarming as well that the Minister for Health appears determined to continue the practice of at home abortions in Ireland in a post Covid environment.

For our part, we must let nothing dissuade us from keeping the fight going to ensure that women are fully informed about positive alternatives to abortion prior to any abortion taking place. As more women speak out about their experiences, coupled with the pressure we bring to bear, we have to hope that things will change for the better.