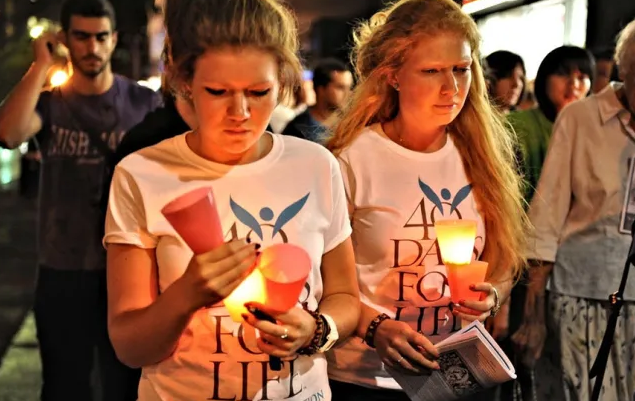 In an encouraging development, a German court this week overturned a ban on peaceful pro-life vigils close to abortion facilities.

Silent pro-life gatherings in the vicinity of abortion clinics cannot be prohibited, the Mannheim Administrative Court ruled. The 40 Days for Life group had been banned from gathering to pray in silence near Pforzheim’s Pro Familia abortion counseling facility since February 2019.

“Every human life is valuable and deserves protection. I am heartened that we will be able to resume our prayer vigils in support of women and their unborn children in the place where we think it makes the most sense. It is a great relief that the court has recognized our fundamental freedoms,” said Pavica Vojnović, who with the backing of human rights organization, ADF International, brought the appeal in defense of the fundamental rights to freedom of religion, expression, and assembly.

Last year, a lower court held that the ban on pro-life vigils could stand. On appeal, however, it was decided that unfounded allegations are not sufficient to restrict the movement’s freedom of assembly and expression.

The court emphasised: “In this context, the special significance of the freedom of assembly … must be taken into account, which, like the freedom to collectively express one’s opinion, also and above all benefits dissenting minorities, is necessary for a free democratic state order and in particular includes the right of self-determination over the conduct of the assembly …, the selection of the place and the determination of the other modalities of the assembly.”

This latest win for freedom of speech and the right to peacefully assemble will hopefully have a positive impact in other parts of Europe, including Ireland, when attempts are made to curtail or ban peaceful pro-life gatherings.