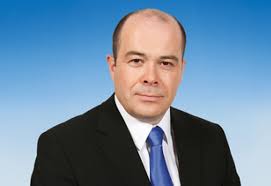 The Pro Life Campaign’s Deputy Chairperson Cora Sherlock has accused the Government of behaving in an “autocratic and heavy-handed” way over its decision to expel Denis Naughten TD from the Oireachtas Health Committee.

“It is clear that the Government is not prepared to tolerate any dissent at all on the abortion issue. As a member of the Health Committee, Deputy Naughten raised very serious and legitimate concerns over the legislation and proposed a reasonable amendment. Deputy Naughton also voted against the abortion Bill in the Dáil because, like many others, he was opposed to introducing abortion on the grounds of threatened suicide where there is not a shred of evidence that abortion is a treatment for suicidal feelings.”

“It is unacceptable that the Government is behaving in such an autocratic and heavy-handed manner in an attempt to drive alternative voices out of the debate”, Ms. Sherlock concluded.