17.06.2022 – March For Life in Gibraltar shows strength and resilience of pro-life movement there 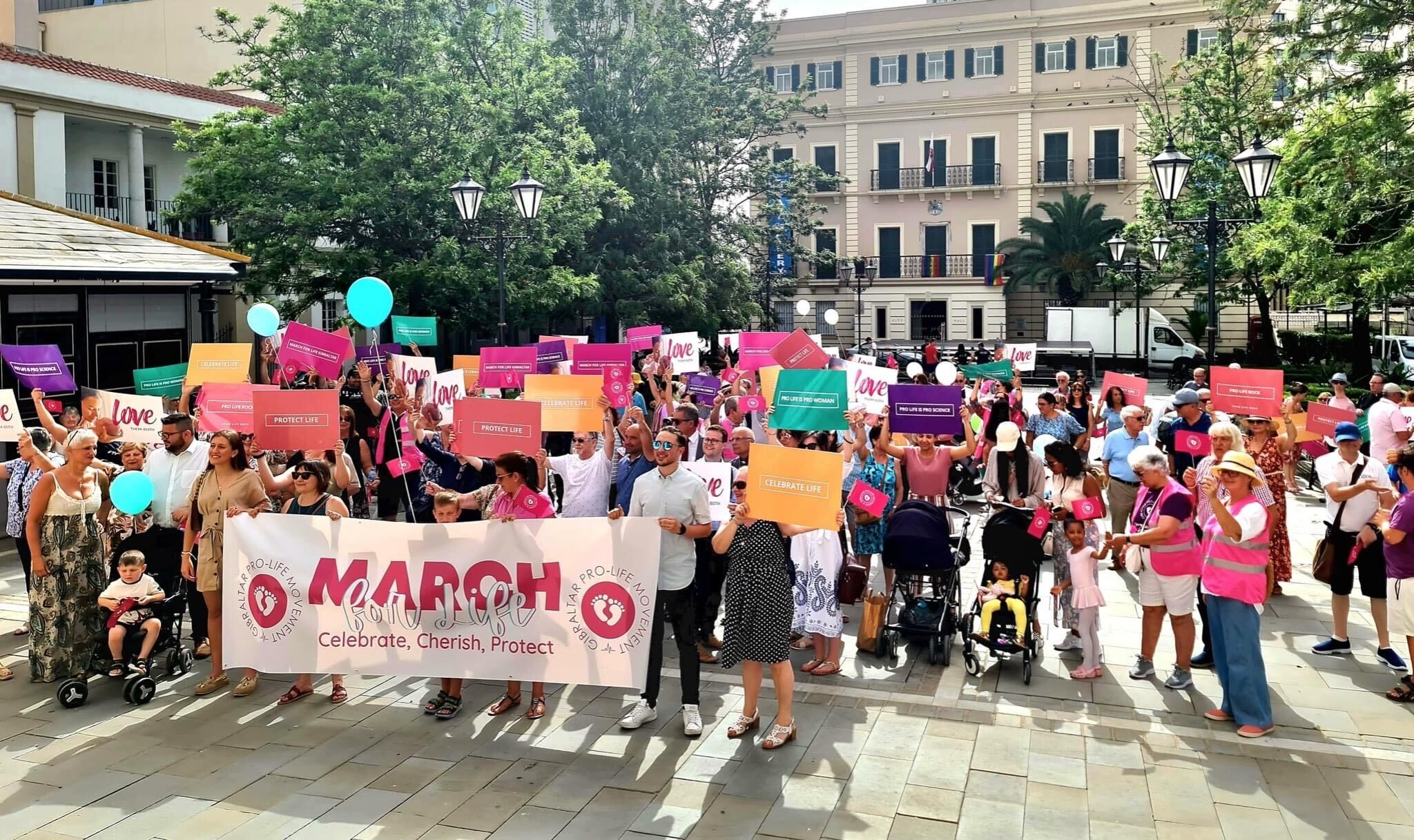 On Wednesday, hundreds attended the first March for Life in Gibraltar since last year’s abortion referendum. Pro-life supporters from across Gibraltar turned out for the march which was addressed by local and international speakers.

The organisers, Gibraltar Pro Life Movement (GPLM), said the march was being held to “celebrate, cherish and protect life”, and to campaign for more resources to be put in place to support women in unplanned pregnancy and their families.

Given the tiny population of Gibraltar, the turnout for the march was really encouraging and is a sign that the pro-life movement there is resilient and determined, just like in Ireland, and very committed to rebuilding a culture of life without resting until it’s achieved.

“In light of the recent changes in legislation, the work to support, cherish and protect every woman and every child in Gibraltar starts now. Women deserve far better support than abortion. Every unborn child is valuable, and must be protected in accordance with human rights law. A truly progressive society cares for its most vulnerable.”

Dr Calum Millar, who is a Research Associate at the University of Oxford, told attendees at the march: “I believe that however long it takes, Gibraltar and the whole world will eventually wake from its sleep and realise that abortion steals life away, not only from the unborn child but from the infinitely valuable and precious mother who loses her infinitely valuable and precious child.”