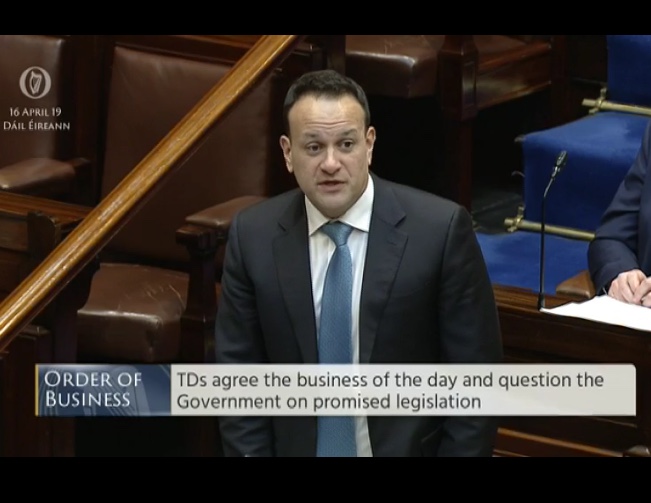 Responding to Sinn Féin TD Louise O’Reilly in the Dáil today on the issue of exclusion zones outside abortion facilities, the Taoiseach confirmed that the proposed new law was running into difficulties around issues to do with the curtailment of ‘free speech’ and the right to ‘peacefully protest.’

Leo Varadkar told the Dáil: “We are running into real difficulties around restricting peaceful protest and restricting free speech.”

The Taoiseach also conceded that in placing a ban on peaceful protest “we do enter a difficult space in a democracy when you decide that certain opinions can’t be held, certain types of protests can’t happen.”

Commenting on the Taoiseach’s remarks, Pro Life Campaign spokesperson, Maeve O’Hanlon said: “I welcome the Taoiseach’s admission that peaceful protest and free speech would be undermined by the introduction of exclusion zone legislation. I hope his remarks are sincere and that he’s not turning into a civil libertarian until the local elections are out of the way only to then re-embrace the oppressive and deeply undemocratic proposals on exclusion zones put forward by Health Minister Simon Harris. It’s a fact that no other European country has exclusion zone legislation like that envisaged by the Government here. It is time for the Minister for Health and others to stop demonising the pro-life movement by misrepresenting the kind of protests that are taking place against abortion and instead face up to the reality that the right to peaceful and reasonable protest against the new law should not be criminalised.”