15.10.2021 – Doctor arranges abortion for baby with Down syndrome before informing parents of the diagnosis 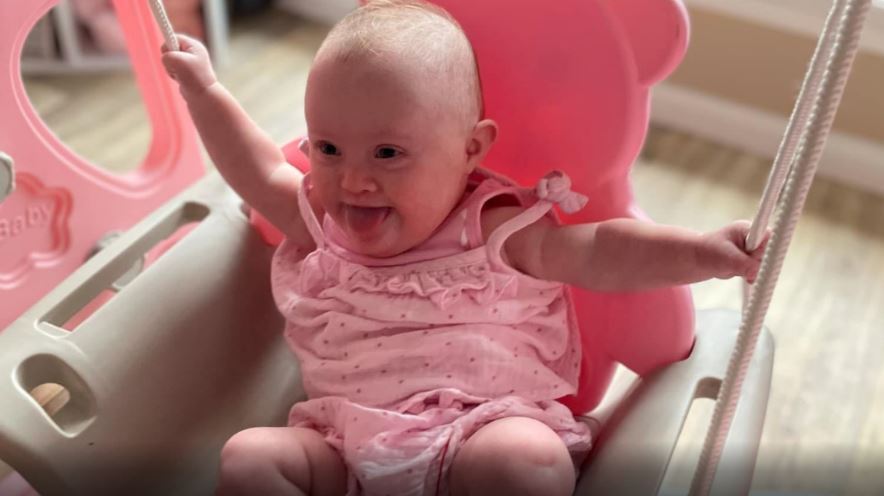 Before Zoey-Lea O’Hehir found out that her unborn daughter had Down syndrome, her doctor already had scheduled an abortion.

In an interview last week with the Australian Broadcasting Corporation, Zoey O’Hehir disclosed how in the middle of teaching a classroom of students she received a call from her doctor who told her that her unborn daughter had Down syndrome and that the abortion had already been scheduled.

“It was very scary and just the mention of termination struck a nerve,” she said. “Before I could say anything, before I could process anything or even breathe [he’d scheduled the termination].”

Ms O’Hehir and her husband Jake rejected the idea of going for an abortion and are thrilled that their daughter Arlee, now seven months old, is doing really well and meeting all her developmental milestones. “She’s amazing and has brought so much happiness to our life,” her mother said. “She may have a little bit of low muscle tone, which comes with Down syndrome, but other than that she’s honestly just like a normal baby.”

The O’Hehirs, from New South Wales, are extremely upset at the way their doctor scheduled the abortion and how the care they received noticeably disimproved after they turned down the abortion. What the O’Hehir family went through is sadly not uncommon.

Down Syndrome Australia (DSA) said families are routinely pressured to have an abortion, or are not given enough support. “To hear families being repeatedly asked about termination and not supported in their decision [to proceed with the pregnancy] is a case of neglect,” DSA chief executive Ellen Skladzien said.

There have been numerous documented cases in Ireland as well of parents feeling pressured to abort their baby, following diagnoses of the baby having a disability, including where babies are diagnosed with Down syndrome. It is an encouraging sign though to see more and more families speaking out about their experiences and challenging the doctors who have taken it upon themselves to make a value judgement about the dignity and value of their baby’s life.