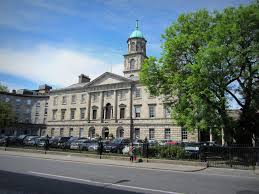 News that a mother narrowly avoided aborting her healthy unborn child following a litany of pre-natal misdiagnoses at Dublin’s Rotunda Hospital has been described as deeply disturbing, but unsurprising by the Pro Life Campaign.

Viktorija Avisane, 31, was informed at her 20 week anomaly scan that her unborn child may have Down ­syndrome, Edwards’ syndrome or Patau’s syndrome as well as other major developmental challenges.

However, after Ms Avisane went on to seek a second opinion in both her native Latvia and the National Maternity Hospital at Holles Street, it emerged that no such risks were present and that her child, who is now 7 months old, was in fact perfectly healthy.

“This case highlights the life or death prenatal genetic diagnosis lottery that unborn babies and their mothers are being subjected to under the current abortion regime.

“During the referendum campaign in 2018, those on a pro-choice said consistently said that situations like these wouldn’t arise. Those on the pro-life urged caution on this point.

“We did so based on the experiences of mothers and families who were told that their children would die either at or near birth, but who proved the doctors wrong.

“This case and other recent high profile cases vindicates our position and also challenges the narrative that abortion is a fundamentally risk free ‘procedure.’

“We need to urgently develop a national conversation around the risks associated with abortion and the limits of pre-natal diagnosis. In fact, it is a conversation that should have happened two years ago.

“Every unborn baby whether healthy or not is unique and valuable and deserving of protection.If we are to truly honour women and their babies then we must have more to offer them than an abortion when a determination around potential illness or disability is made,” concluded Ms Mulroy.