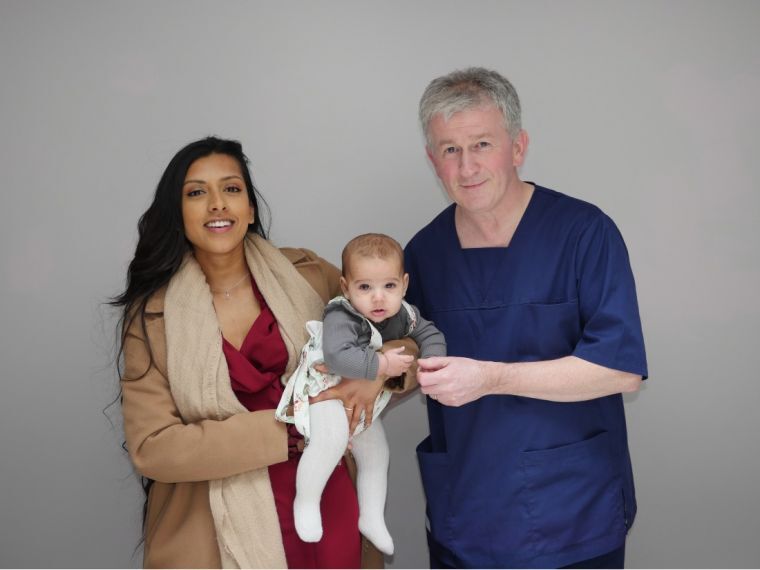 The decision by General Medical Council (GMC) in the UK to drop all sanctions against Irish born Dr Dermot Kearney for assisting mothers in reversing the effects of the first abortion pill they had taken, opens the possibility for life-saving Abortion Pill Reversal treatment to resume very soon.

As a result of the compliant lodged with the GMC by pro-abortion group Marie Stopes, Dr Kearney has been prevented for the past 18 months from helping women who regretted taking the first abortion pill and who desperately wanted to try and save their baby.

Before the ban was imposed, Dr Kearney, who is an NHS consultant cardiologist, and consultant obstetrician Dr Eileen Reilly, were together responsible for saving 32 babies from certain death from abortion after they assisted mothers who requested help after taking the abortion pill.

Abortion Pill Reversal treatment involves prescribing the hormone progesterone to women. It has been shown to dramatically increase the chances of the baby surviving the effects of the first abortion pill. During a medical abortion, two pills are taken separately to induce the abortion.

On Tuesday evening, Dr Kearney appeared as a guest on the Pro Life Campaign’s online monthly webinar where he described the relief he felt upon hearing the news that the GMC had dropped the case against him. He told webinar attendees that he planned to resume the practice of Abortion Pill Reversal in the near future along with other medical colleagues, and he mentioned that the complaint lodged against him may have had the opposite effect to what the complainants intended, as the resulting publicity had made members of the public aware of abortion pill reversal, who otherwise never would have known.

When interviewed earlier in the week, Dr Kearney said: “I am relieved and delighted to have been exonerated. I have been the victim of a coordinated campaign by senior figures in the abortion industry who have been determined to prevent women in urgent need from accessing abortion reversal treatment. At all times my concern and priority has been the women who have been referred to me for urgent medical support. I am humbled by the support they have shown me in return. The truth about abortion reversal treatment must now be told and medical professionals who are able and willing to support women with the treatment should be allowed to do so without fear.”

It was terrific to see so many moms that Dr Kearney and Dr Reilly have helped coming forward in recent days to publicly express their thanks to both doctors for saving the lives of their babies. It is sad but very telling that Marie Stopes was prepared to go to such lengths to stop women from accessing care and support once they opted not to follow through with the abortion. So much for the Marie Stopes mantra about being ‘pro-choice’.

Dr Kearney and Dr Reilly deserve huge praise for their brave and selfless defence of life. Let’s hope and pray that they along with other medical colleagues save many more babies through the practice of Abortion Pill Reversal.