11.2.2022 – Sinn Féin sponsored bill on “access zones” is nothing but a smear attack on the pro-life movement 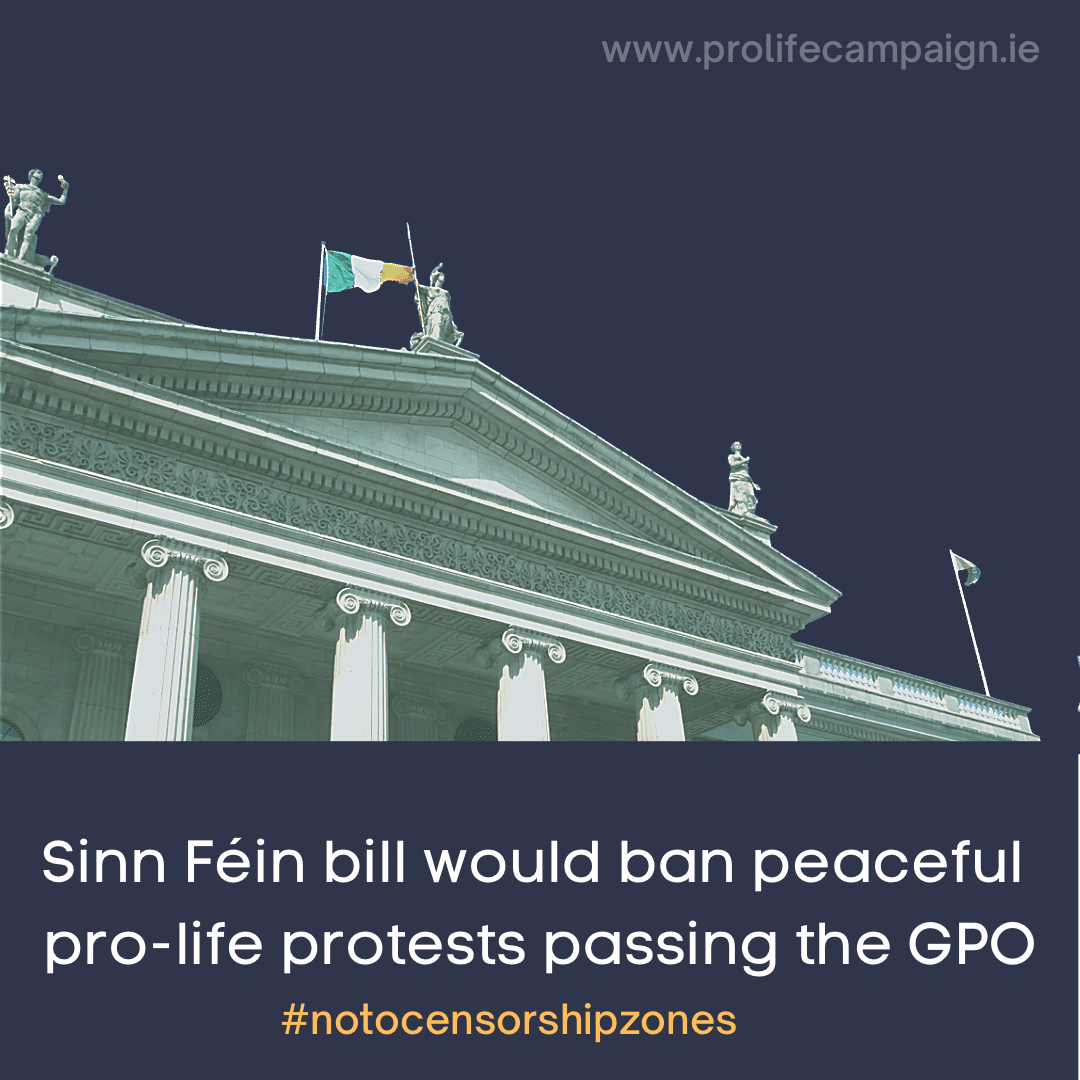 The Sinn Féin sponsored bill on “access zones” which was discussed at committe stage in the Seanad yeterday is nothing but a smear attack on the pro-life movement.

Legislating for the creation of politically-charged censorship zones would set a dangerous precedent for principles of freedom of speech, expression and assembly. It would single out and curtail the fundamental rights of pro-life supporters which would be undemocratic and highly discriminatory.

The Sinn Féin bill is not motivated by a concern that censorship zones are needed. The motivation behind the bill is about something entirely different. Pro-choice groups have taken to smearing pro-life people and are constantly making baseless claims about totally peaceful individuals who are simply exercising their democratic right to assemble in public to make their point. It’s very easy to seize on one or two images and use them to caricature and falsely depict an entire group of innocent people. But it is grossly unfair and unacceptable to behave in such a way.

Last year, the proponents of this bill claimed that pro-life people engaged in “intimidatory” protests outside an abortion facility in Limerick. Within a month of these claims being made, the UL Hospitals Group issued a statement refuting the claims that there have been intimidatory protests and acknowledging that no such complaints have been received.

The same pro-choice group that promoted the original false allegations is back to its old tricks to try and garner more media attention. The truth is there’s no evidence that pro-life supporters are behaving inappropriately or engaging in any ‘intimidatory’ behaviour. The media have a responsibility to challenge abortion campaigners for the unfounded personalised attacks they are making against pro-life supporters, rather than printing their claims without verifying them.

Similarly, like every other citizen of this country, members of the pro-life movement are entitled to their good names and to not be smeared and singled out in legislation and treated as criminals in the way the bill before the Seanad seeks to do.