11.03.2015: Media bias on abortion so entrenched it cannot be ignored any longer, says PLC 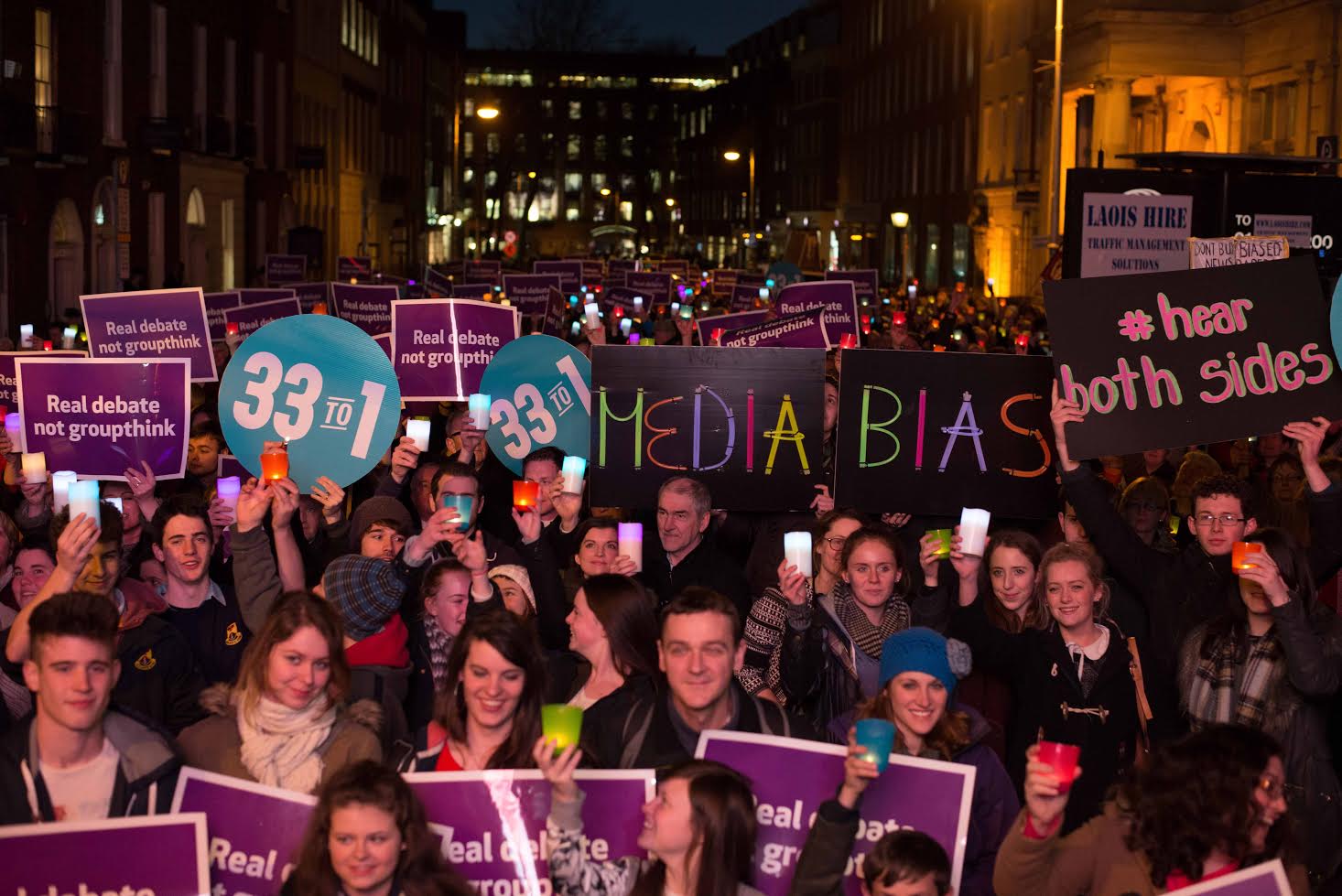 “Ireland’s pretend debate on abortion has to be challenged” – Sherlock

Several thousand pro-life supporters turned out in Dublin this evening to challenge media bias on abortion. The event called 33 to 1: Challenging Media Bias took place outside the Dáil from 7-8pm. It is the first time that an event of this kind has been held by the pro-life movement. It focused on bias in both the broadcast and print media.

“The decision to hold this evening’s event was not taken lightly. But media bias on abortion has reached a point where we simply cannot afford to ignore what is going on any longer.

“There has been a tendency on the part of everyone inside and outside of politics to tip-toe around the issue rather than talk about it out in the open. That’s not a healthy way to approach such a serious matter in a democracy. The public are being continually deprived of the opportunity to hear the case against abortion.

“The 33 pro-choice articles and the 1 pro-life article that appeared in national papers in the space of a fortnight recently could have been any fortnight that the abortion issue is in the news. It just happens that a particular fortnight last December was chosen to gauge the extent of the bias.”

“The pro-life movement in Ireland has an incredible story to tell. Stories of hope and survival against the odds. Stories of abortions being booked and then cancelled at the last minute. Stories of unplanned pregnancies that once seemed impossible leading to children that have become the love of their mothers’ lives.

“Tragically, there are many personal stories too of heartbreak and unimaginable sorrow resulting from abortion regret. Stories that if the public were given a chance to hear would turn the abortion debate on its head. But these pro-life stories of hope and heartache are being ignored and side-lined by the media. The very deliberate way in which this is being done is a scandal.”

“RTÉ as the national broadcaster has a particular responsibility to be fair and impartial. But they are arguably the biggest offender when it comes to slanted coverage on abortion.  They are statutorily obliged to provide balance. The public pay a license fee for public service broadcasting. They deserve better.”

“The settled media line at present is to blame the 8th Amendment for everything whenever abortion is in the news.

“In pro-life circles, there are countless stories of mothers and parents who contemplated abortion only to change their minds at the last minute. Many of them say it’s thanks to the 8th Amendment that their children are alive. Having to travel to England meant a few extra days planning and gave them time to think things through a bit more.”

“Where is the space in the debate for these testimonies? Where is the acknowledgement of the reality that there are most likely tens of thousands of Irish citizens alive today thanks, in one way or another, to the protection the 8th Amendment offered them while they were in the womb?

“It is much easier to accuse supporters of the 8th Amendment of being sectarian, misogynistic and fundamentalist, as some newspapers did recently, than to engage in meaningful and sincere debate. This pretend debate on abortion has to be challenged and brought to an end. Our goal after tonight is to bring the message of media bias to the wider public. Through social media, outdoor advertising and one on one engagement with the general public we are going to get people talking about the slanted coverage until some degree of fairness is restored to the debate.”

The crowd also heard from parents of children that were diagnosed with life-limiting conditions before birth and were pressured to opt for abortion but chose not to.

Helena O’Callaghan from the group One Day More told the gathering about her son Luke and the poor prenatal prognosis the family received before he was born and how well he is doing today.

“One Day More is a support group made up of parents who received poor prenatal prognoses for their babies. Some of our babies died shortly after birth, some before and some fortunately are still with us.

Commenting on the lack of media coverage for alternatives to abortion, Ms O’Callaghan said:

“It is a tragedy that these stories are not being heard. Most of the media focus is on abortion. It means families who receive a poor prognosis for their baby are being deprived of an opportunity to hear about perinatal hospice care and the possibility for families of sharing time and creating memories with their babies for whatever length of time they live after birth.

“Sadly some women are aborting their terminally ill babies abroad and then finding out for the first time upon their return home that there is such a thing as perinatal hospice care. The one-sided media coverage at present is undoubtedly contributing to this.”

Read and watch the RTE News coverage on the event below 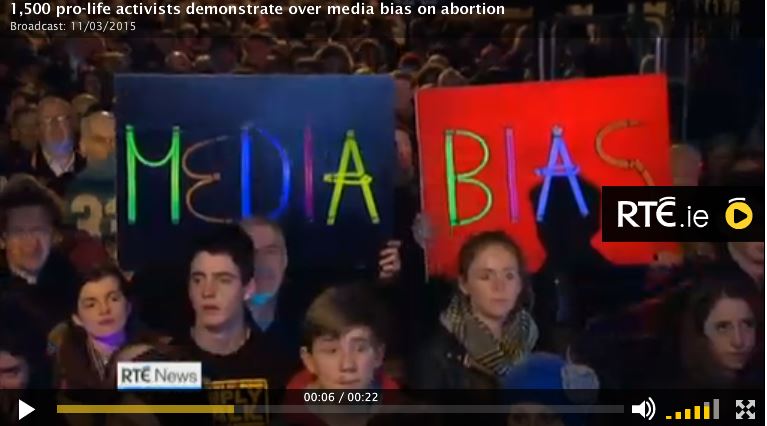