10.12.2021- Large pro-life rally in Malta in opposition to attempts to impose abortion 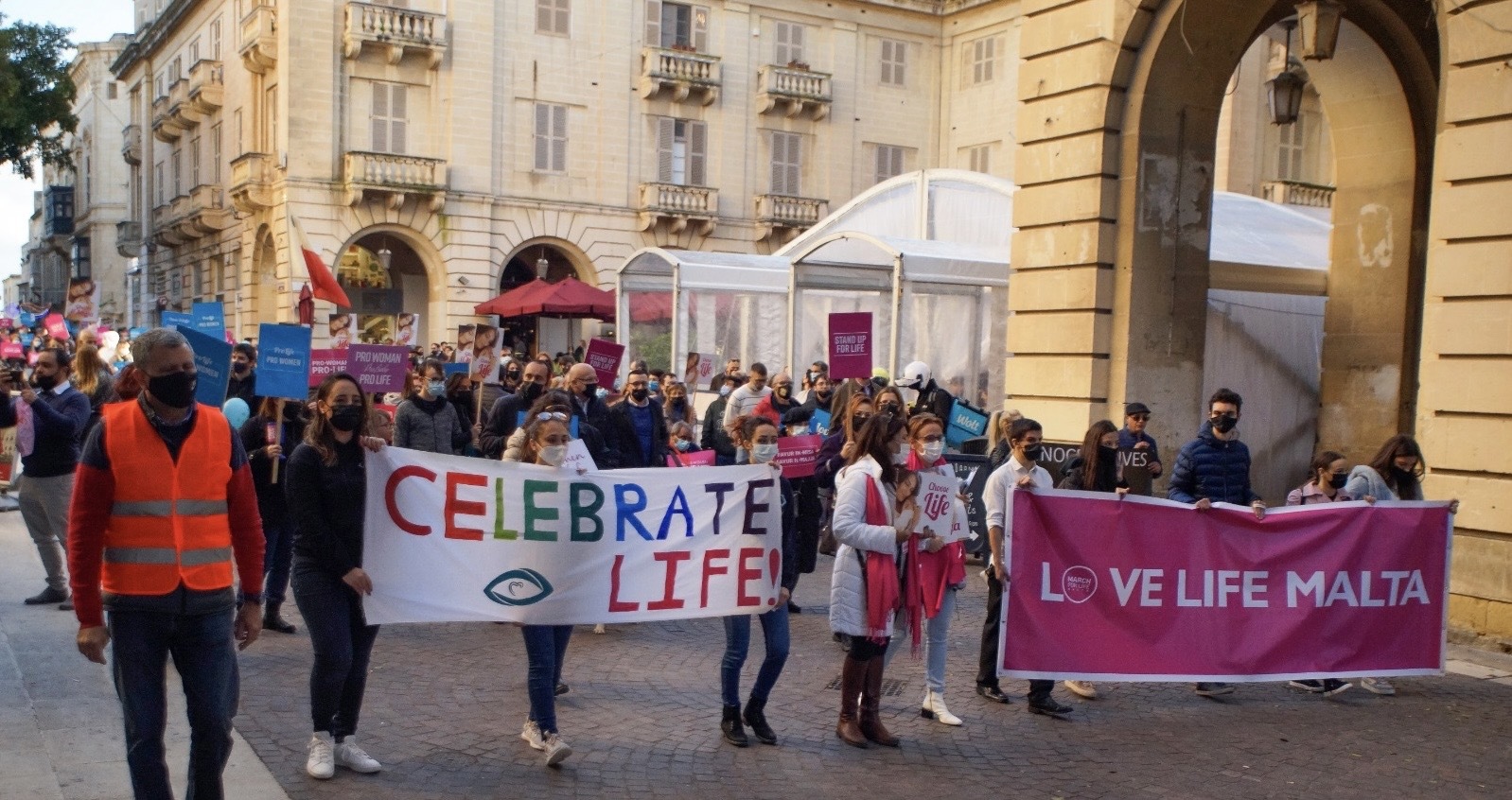 Last weekend, Malta’s Life Network Foundation hosted a very well attended pro-life rally, appealing to their elected representatives not to impose abortion on the country. Malta is now the only country in the EU where abortion is illegal.

Independent MP, Marlene Farrugia, however, started a push last May to have abortion decriminalised there. Life Network Foundation has described Farrugia’s call as “a blatant attempt to introduce abortion into Malta, allowing every pregnancy to be terminated by a mother or medical professional, and the baby in the womb destroyed.”

The Life Network Foundation provides support to pregnant women facing an unplanned pregnancy. The group also provides help to women seeking healing after an abortion. Last weekend’s rally demonstrated once again the strength and resilience of the pro-life movement in Malta. They have a tough battle on their hands but it’s great to see the motivation and enthusiasm growing among old and young alike to keep abortion out of Malta.