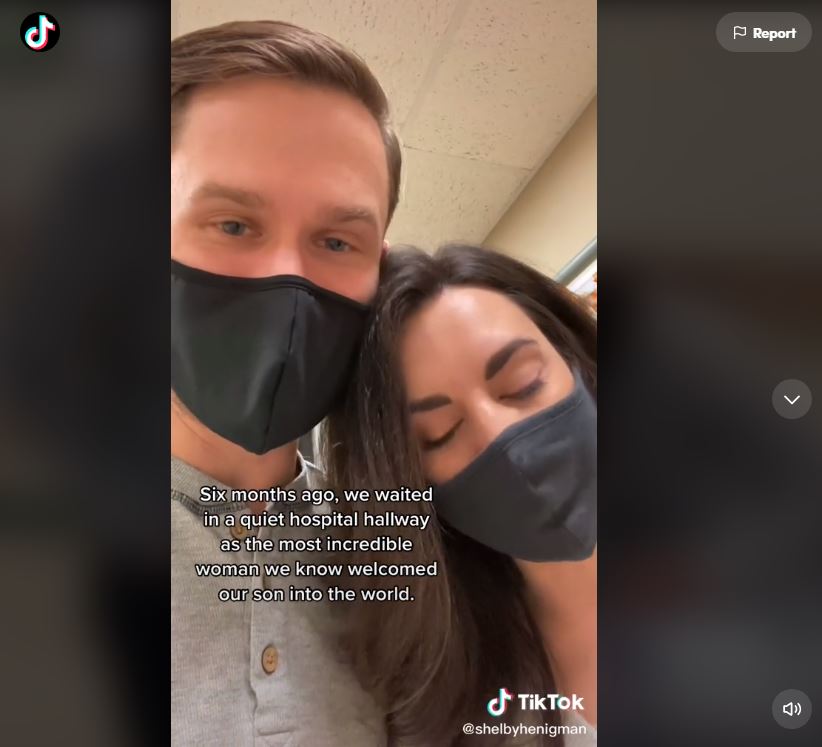 A video shared on TikTok showing an adoptive couple meeting their baby boy for the first time has gone viral.

Shelby Henigman posted the video to mark the six month anniversary of her son’s adoption. She and her husband, Cody, have acknowledged the important role their son’s biological mother plays in his life, and thank her for the incredible sacrifice she made in placing her son for adoption.

It’s practically a taboo subject in Ireland to even discuss promoting contemporary models of open adoption. The HSE and government push abortion at every turn but have a hardened aversion to publicising or talking about adoption. There’s no question the lives of numerous babies are being ended through abortion in Ireland that would otherwise survive if the State reconsidered its indifferent and incomprehensible stance.

Watch the new adoptive couple here meet their son for the first time.