10.06.2021 – Dramatic increase in the numbers of abortions taking place in Ireland needs to be debated, says PLC 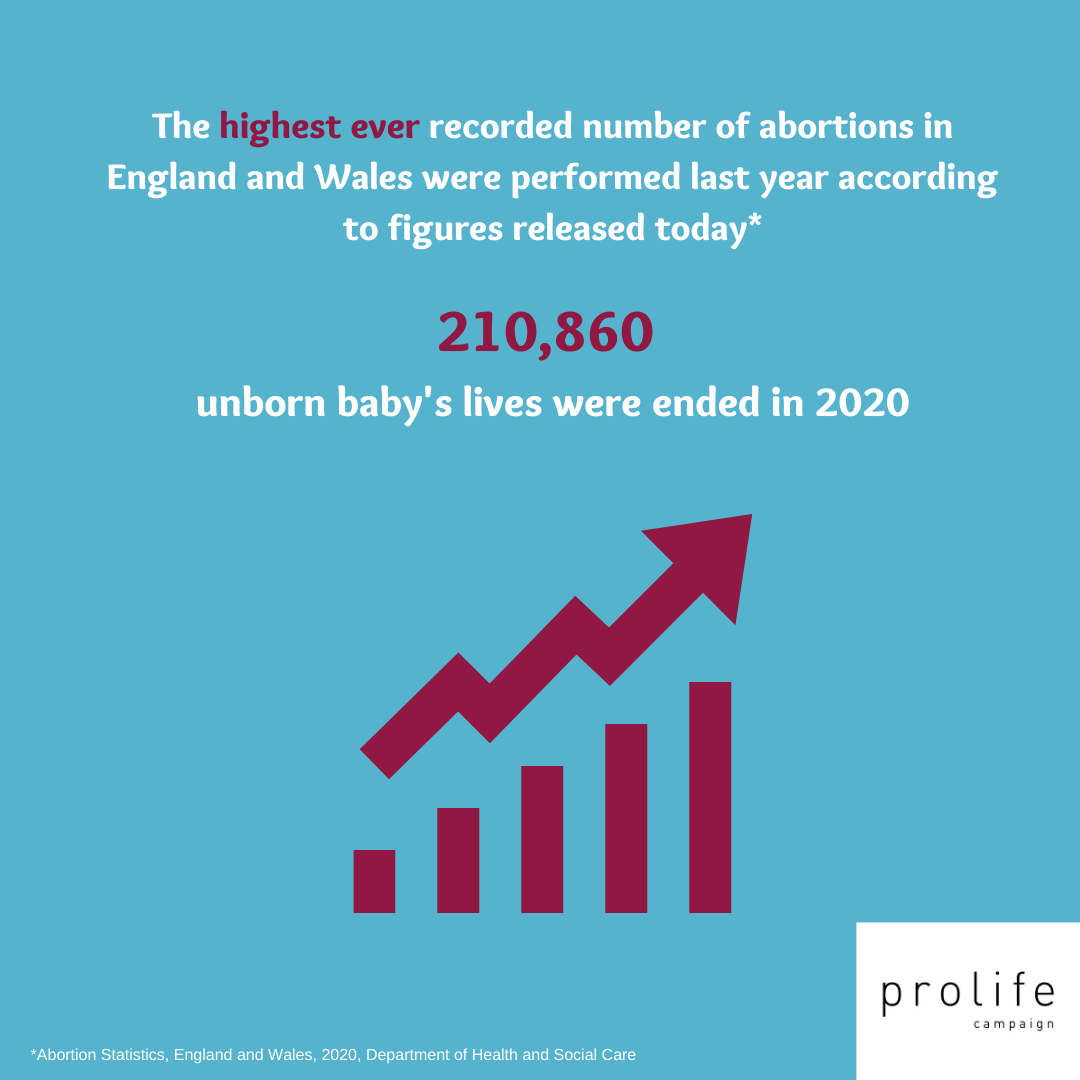 The Pro Life Campaign has said the ongoing decline in the number of women travelling to England for abortions was expected but the dramatic increase in the numbers of abortions taking place here in Ireland under the new law needs to be debated urgently.

The official statistics released today by the British Department of Health* reveals that the number of women travelling to England for abortions declined from 375 in 2019 to 194 in 2020. It’s the second year in a row to reflect the sharp overall reduction in the numbers travelling for abortions and represents a decrease of 93% from the figure of 2,879 who travelled in 2018. The availability of abortion on request in Ireland following the 2018 referendum here is the obvious reason for the huge decline in the numbers of Irish abortions taking place abroad.

“The ongoing drop in the number of women travelling to England for abortions was inevitable but the massive increase in the numbers of abortions taking place in Ireland was something that abortion supporters promised voters wouldn’t happen if the door to abortion was opened. The 6,666 abortions that took place in Ireland in the first year after repeal represents a 60% increase in abortions in just one year, compared to the numbers who travelled for abortions prior to repeal and factoring in the ‘pro-choice’ estimates for the number of illegal abortion pills accessed online prior to repeal.

“Abortion campaigners are trying to paint the new abortion law as restrictive because some women still opt to travel abroad for abortions. It’s utterly misleading however to portray the new law in this way given the shocking increase in the number of abortions since repeal. The fact that no provision even exists to provide pain relief to an unborn baby on humanitarian grounds prior to a late term abortion is further proof of how extreme the new law is.

“The focus of the Three-Year Review of the abortion law currently under way should be about facing up to the reality of how extreme the new law is rather than using the opportunity to strip away any remaining protections that safeguard the lives of unborn babies. It is time for an urgent debate on how the new law is operating with a view to finding ways to reduce the spiralling numbers of abortions taking place.”