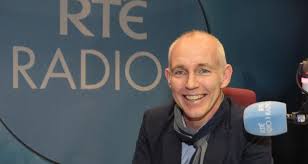 The Broadcasting Authority of Ireland has found that the RTE programme “The Ray D’Arcy Show” has breached the requirements of the Broadcasting Acts for fairness, objectivity and impartiality in news and current affairs.  The programme in question was an interview with Colm O’Gorman of Amnesty Ireland.

Responding to the decision which was released today, Sinead Slattery of the Pro Life Campaign said:

“It is no surprise that a number of people pursued official complaints against RTE in relation to this particular edition of the Ray D’Arcy Show. The public are entitled to hear both sides of the story on the abortion issue.  It does a grave disservice to listeners when the state-funded broadcaster pushes one agenda.  The Ray D’Arcy Show has continually failed to seek interviews with women who regret their abortions or women who gave birth to babies with life-limiting conditions despite a difficult pre-natal diagnosis.   It’s not good enough.”

Quoting from the BAI decision which said that listeners to the Ray D’Arcy Show ‘would have reasonably concluded that the presenter endorsed the views of his interviewee and was articulating a partisan position’, she concluded:

“It is our hope that this decision will set down a marker for the way in which the abortion issue is dealt with by all sections of the Irish media.  The public deserves to hear both sides of the story.”