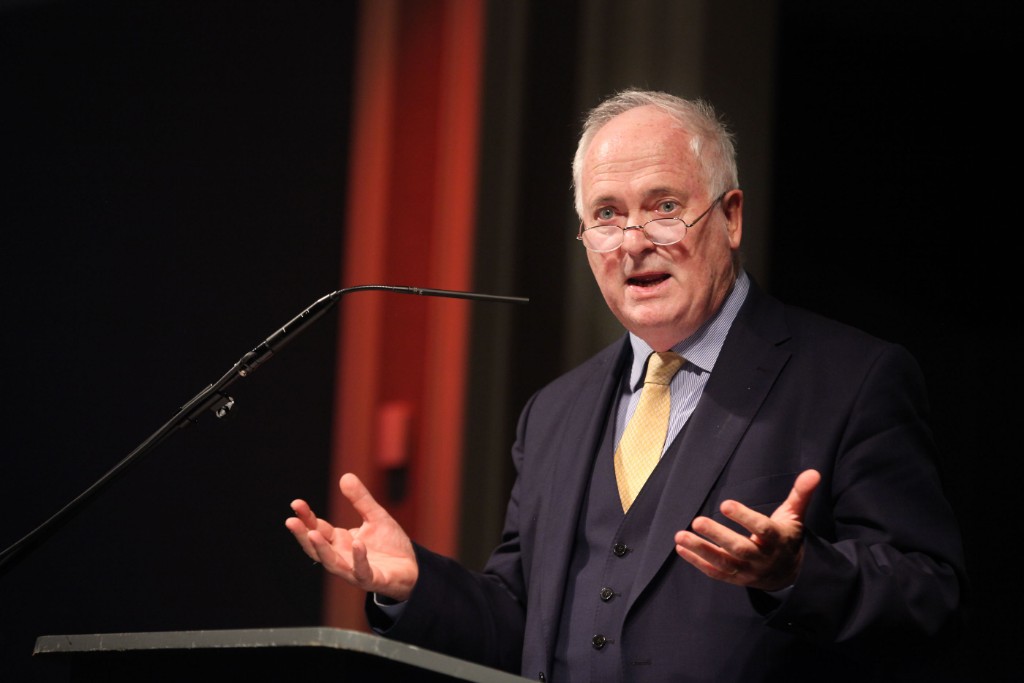 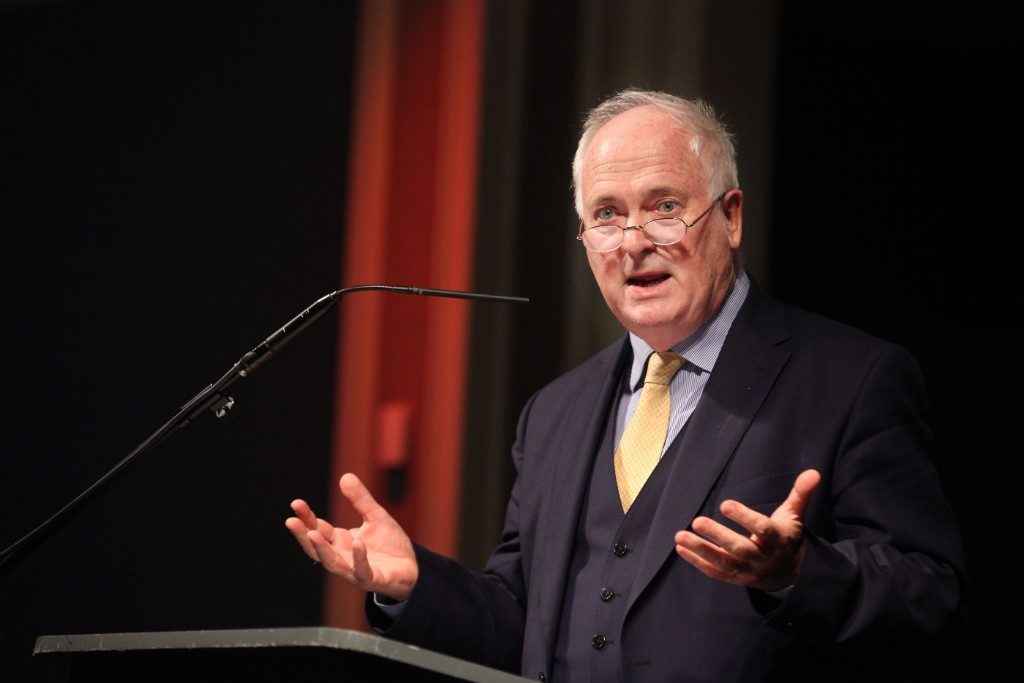 Former Taoiseach John Bruton has said that the pro-repeal side, after victory in the recent referendum, were “not always magnanimous, or respectful of the pluralist nature of Irish society and Irish values.”

Addressing a gathering of over 800 people at the annual Pro Life Campaign dinner in Dublin on Saturday evening, Mr Bruton singled out Minister Simon Harris over recent remarks he made.

Mr Bruton said: “The Minister for Health, speaking in the Dáil after the referendum, on 31 May, did not seem to me to display the balance, and attentiveness to other points of view, that one would like to see in someone who will be deciding on the detailed content of the Termination of Pregnancy Bill.

“He spoke of the referendum result inaugurating what he called ‘a brighter Ireland’. It will not be a bright Ireland for the little babies who will have their lives ended before being allowed to see the light of a single Irish day.

The former Taoiseach continued: “He talked of the referendum result ‘consigning a misogynistic legacy to the history books’. He did not seem to reflect on the fact that half the babies whose lives will be ended before birth will be girls. Those little girls will face the most extreme form of misogyny.

“He claimed the ‘Yes’ campaign was built on a ‘coalition of compassion’. He thus seemed to imply that those who voted ‘No’ are not compassionate. Maybe that is not what he meant, but nothing could be further from the truth. He spoke of the referendum meaning that we are ‘maturing into a tolerant, non-judgemental, inclusive Republic’. The Minister’s own speech was rather judgemental, and not particularly tolerant of those who sincerely disagree with him on the issue of abortion.”

Mr Bruton said that the Government’s proposal at this point in time “requires a doctor, who has a conscientious objection to doing an abortion, to ‘make arrangements to transfer the care’ of the woman to a doctor who will do it.”

This he said “is aiding and abetting the abortion, and there is no conscience clause here either.”

Mr Bruton said he fears “that doctors who are known to oppose abortion will be targeted under this clause by people wishing to catch them out and put them under threat of criminal prosecution because of their religious or human rights beliefs. There have been examples of this sort of targeting in other fields, where there are strong but conflicting views in the population.

He said that “rather than place this burden on doctors who believe abortion is wrong, it would be more sensible to publish an affirmative list of those who have no conscientious objection to doing abortions.”

Referring to other sections of the Government’s proposed legislation, he said “it will be permissible to end the life of what is deemed a ‘non-viable’ baby, at any stage in the pregnancy, if allowing the baby to be born would pose a ‘risk’ of serious harm to the mental  health of the child’s mother. Again this is a very loose ground for ending a life. It involves the doctors in making a prediction about the future mental health of the mother after the baby might have been born. Whatever about adjudicating about present mental health, deciding about future mental health is completely speculative. And on the basis of that speculation, a baby’s life is to be ended. Indeed it is arguable that having an abortion is more likely, at some stage in the future, to trigger mental problems.”
Mr Bruton encouraged those attending Saturday evening’s dinner to lobby strongly for amendments to the Government’s legislative proposals which will be introduced to the Dáil in the coming weeks.

He said: “We must continue to work vigilantly at legislative level, within the new constitutional dispensation. And there is much that can be achieved in the immediate future.”

And then challenged the Government to take on board some of the concerns of those who voted ‘No’, saying: “In a mature Republic, one would listen to, and deal respectfully with, the arguments and values of the other side, on any important issue. That did not happen during the years of preparation of the referendum, and the mantra of ‘compassion’ was deemed sufficient to end all argument about the basic question of when life begins, when a life becomes a human, and hence when it ought to acquire human rights.”

Referring to disparaging remarks Simon Harris made about the pro-life side after the referendum, the former Taoiseach said: “I hope that this was just elation, in the immediate aftermath of winning a political battle, and that he will now show tolerance and inclusiveness, when considering amendments to the legislation he has proposed.”
In addition to encouraging people to lobby for amendments to the legislation, Mr Bruton also called on pro-life supporters to play an active role in proposing positive alternatives to abortion.

He said: “It is unclear what the new shared values of Irish society are to be. The referendum did not end the debate. If life is not the primary value, what is? To fill that vacant space, and drawing on the most modern medical knowledge, the pro-life arguments will need to be made, over and over again, to the young people of Ireland and to the generations that will succeed them.

“These arguments, if repeated often and courageously, will remain in people’s minds, and will influence the private decisions that Irish women, their partners, and their loved ones will make in future, as to whether to accept a new person into their family circle, with all the responsibilities, joys and sacrifices that that entails.”

He concluded his address with these words: “Notwithstanding the change in the law, the number of abortions can continue to be reduced, if people are convinced that there is a better and more just way. Lighting that way forward is the real route to a brighter Ireland.”