Our spokesperson Cora Sherlock writes in today’s Irish Times that the government is ignoring the large numbers of Irish people that oppose their attempts to impose abortion. You can read her column either online at the Irish Times or below.

Opinion: the Government needs to step back and reconsider its plans 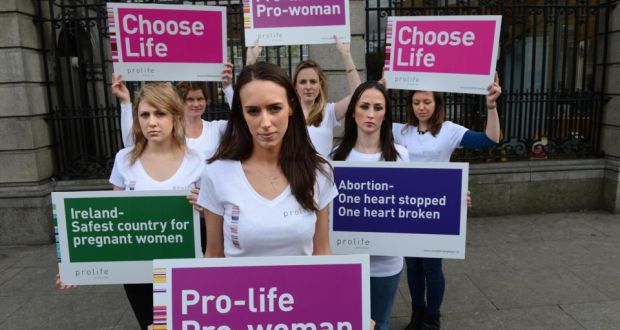 If you think we’re having a debate on abortion at the moment, I’m afraid you’re mistaken. The Government hasn’t engaged in any sort of real debate since Taoiseach Enda Kenny first announced his plan to legislate for the X case.

Since then, we’ve been assured that the Government is listening to the expert evidence presented, but it has become all too clear that the various party leaders are not interested in the views of those who oppose legislation.

In any other area of government, this would be frustrating; in a life-and-death scenario like abortion, it is grossly irresponsible.

It is vitally important to look at what the Protection of Life During Pregnancy Bill says, not what various Government Ministers say about it. There is nothing restrictive about what it will introduce, nothing reassuring for those with a conscientious objection. Most importantly of all, there is nothing life-saving about its measures. It is life-ending, not life-saving.

The flaws of the Bill become clear when viewed through the eyes of those members of the medical profession who will be tasked with implementing it.

Contrary to the Government’s statements, there is nothing restrictive in the fact that two psychiatrists and one obstetrician must sign off on every abortion for a woman asserting suicidality. The psychiatrists who gave evidence in this area are of the opinion that any such “restriction” is illusory because predicting suicide is impossible.

Much graver, however, is the fact that even if suicidality could be predicted with any degree of certainty, there is no evidence to prove that abortion is a medical treatment for suicidality. There is, however, considerable evidence to suggest that women who have abortions are at increased risk of mental illness. This completely undermines the Government’s position.

If the Bill is enacted, every obstetrician’s role in caring for mothers and babies will be hopelessly compromised. In his statement to the Oireachtas hearings earlier this month, the Master of the Rotunda Hospital, Sam Coulter Smith, stated: “There are significant concerns in all areas of the medical profession in relation to this Bill when it comes to suicidality. Our overriding concern relates to the lack of evidence to show that termination of pregnancy is an appropriate treatment for women who are deemed to be at risk of suicide. As obstetricians we are expected to practise evidence-based interventions and first and foremost to do no harm.”

At the same hearings, perinatal psychiatrist John Sheehan pointed out that under the Bill, psychiatrists could be cast in the role of society’s gatekeepers of abortion. This is not their function, and would significantly poison the delicate therapeutic relationship they need to establish with a woman at the time of her greatest emotional vulnerability.

For an abortion to be approved on a threat of suicide, it will have to be signed off on by two psychiatrists and one obstetrician. In reality, however, the obstetrician’s opinion will be redundant if the two psychiatrists are in agreement. In the UK, a similar provision requiring two doctors to sign the consent form has been abused so widely that pre-signed forms have been found at hospital desks, waiting for the names of patients to be inserted.

Other, more subtle abuses would also be legal. For example, there is nothing to prevent a psychiatrist who views abortion as a harmless procedure from seeking a like-minded colleague to affirm the certification for an abortion. The result is that healthy pregnant women, who do not suffer from any mental illness, will have access to an abortion where they threaten to kill themselves and where their case is handled by psychiatrists who do not believe abortion has any adverse consequences or that abortion should be a woman’s right.

The Bill offers nothing by way of protection for the life of the unborn child. The procedures envisaged are grotesque and obscene. Once again, it is vital to focus on what the Bill says because this is what will happen in practice.

The baby at 22 or 23 weeks is already fully formed and needs only a week or two to reach viability and a fair chance at reaching birth and full citizenship. Incredibly, the Bill offers no protection for this baby who may be legally aborted under the suicidality ground.

The baby on the cusp of viability at 24 weeks doesn’t fare much better.

The Bill provides that this baby would be subjected to medically contraindicated and unnecessary early induction, placing the baby at risk of serious harm – brain damage, blindness or even death.

Where a woman insists that the cause of her suicidality is the very existence of the baby, and not the pregnancy itself, then her insistence will trump the right to life of the baby every time. In that case, the woman will be entitled to an abortion for the full duration of the nine months.

Despite the Government’s insistence, no time limits can be introduced into this Bill, which is based on the decision in the X case. The fact that no time limits were set in X means that any Bill which purports to set a time limit will be set aside if legally challenged. The appalling reality is that the Bill will lead to abortions being carried out up to birth.

This vista is horrific, inhumane and medically dangerous for mother and baby. Previous governments realised this fact and didn’t legislate for this reason. The Government needs to step back and reconsider its plans. It needs to take account of the evidence available and act responsibly for the good of mothers, babies, and society as a whole.

Cora Sherlock is a spokeswoman for the Pro Life Campaign