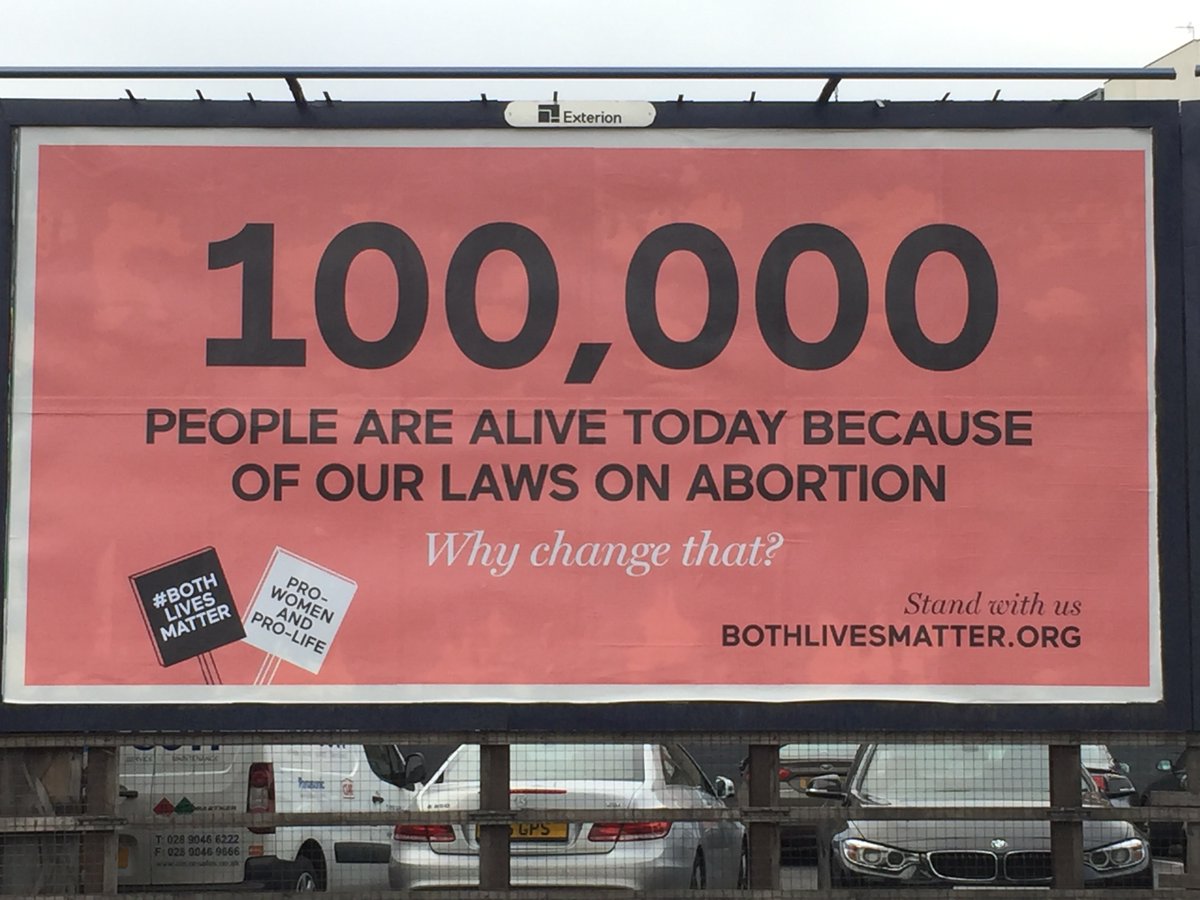 The ASA made its ruling on foot of several complaints from members of the public who took issue with a billboard campaign from Both Lives Matter which highlighted the 100,000 figure.

Commenting on the ASA’s decision, Cora Sherlock of the Pro Life Campaign in Dublin said: “Today’s ruling is a wonderful vindication for the initiative undertaken by Both Lives Matter which highlighted the fact that over 100,000 people are alive today in Northern Ireland as a direct result of its pro-life laws and the decision not to extend the 1967 abortion law to Northern Ireland.”

“Both sets of findings are remarkable but not surprising. The relentless attacks on Ireland’s pro-life laws both North and South has resulted in a very negative and unfair depiction of these laws.

“It’s only reasonable therefore to highlight the fact that the debate on abortion needs to be broadened to make room for discussion on all that’s positive about the 8th Amendment and the lives saved by it.

“The fact that people travel abroad for abortions is of course an immense tragedy but if abortions were performed here the numbers would be considerably higher. We definitely need to reflect on all this as a society. Today’s ruling from the ASA is more independent validation of the claims made by pro-life groups.