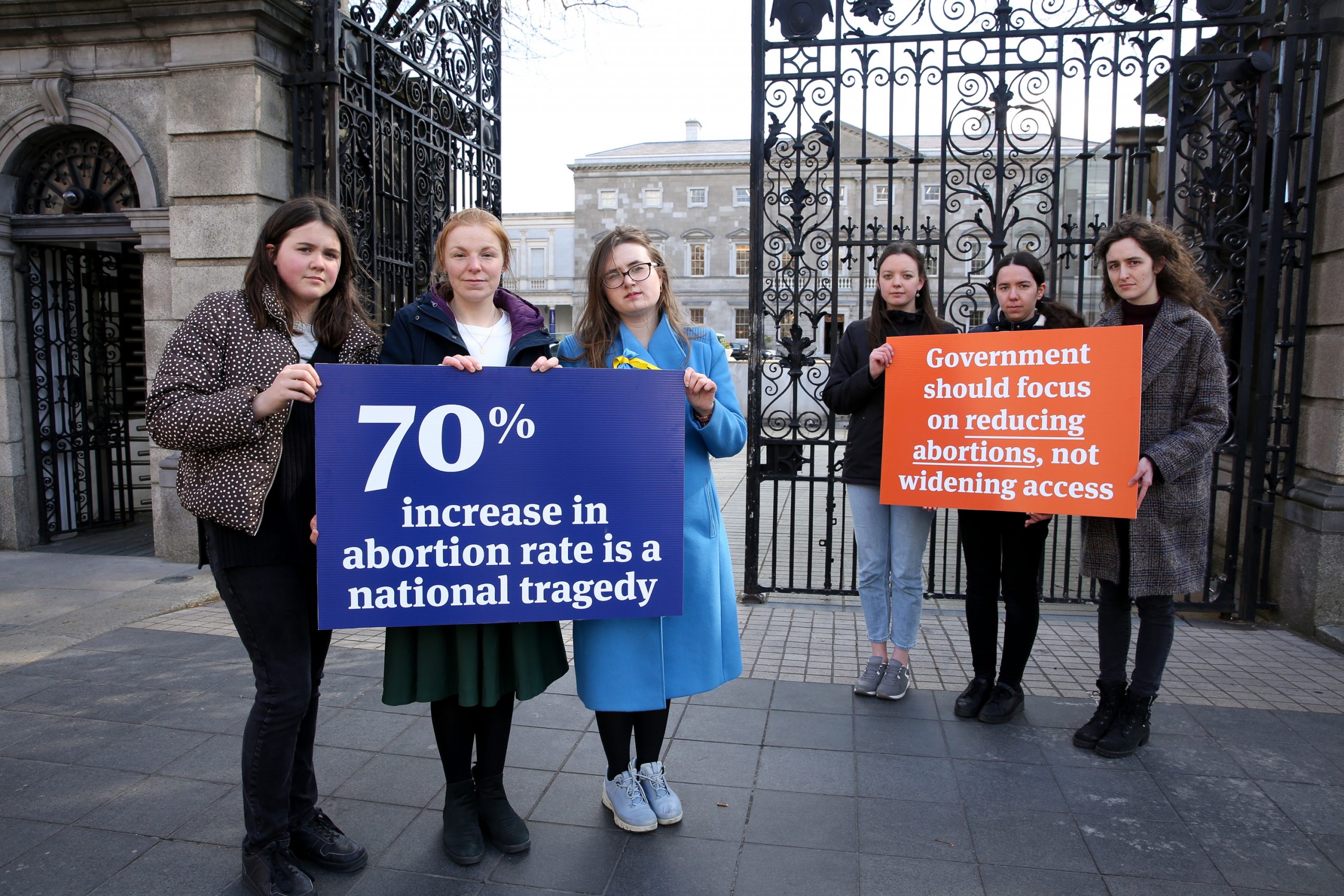 Yesterday, the Pro Life Campaign hand delivered to the Department of Health a copy of its submission to the Three Year Review. The PLC also held a launch outside the Dáil and said that the three-year review will be a waste of time if it doesn’t take a detailed look at Ireland’s spiralling abortion rate.

At yesterday’s launch, Eilís Mulroy of the PLC said: “It’s a devastating fact that 13,243 abortions took place in the first two years of the new law coming into force. It represents a 70+% increase in abortions in that short space of time. Sadly, as things stand, the three-year review is shaping up to becoming a charade as the Minister for Health very pointedly only met with pro-abortion groups when deciding the framework for the review. To date, the Government has bowed to every demand of the pro-abortion lobby and ignored all other viewpoints and perspectives. That’s not how democracy is meant to operate.“

A recent Amárach poll* showed that an overwhelming 89% of the public support women being offered information on alternatives prior to an abortion taking place. The three-year review needs to acknowledge findings like this and invite into the decision making process people with experience in providing such information. The review will be an utter waste of time if it doesn’t take a close and detailed look at the heart-breaking reality of Ireland’s spiralling abortion rate and the failure to provide information to women on alternatives. It is the responsibility of everyone in government to facilitate such a discussion, instead of trying to shut it down.”

Ms Mulroy continued: “Notwithstanding our well founded concerns about the way the review process has been conducted to date by the Government, we are encouraging pro-life supporters to make individual submissions to the review before this week’s deadline. It is vitally important that the rights of unborn babies and their mothers are represented in the review and it’s our job to ensure this happens. After that, it is the responsibility of the Government to take the time to consider what has been submitted, in a fair, thorough and transparent manner.

In its detailed submission, the PLC also calls for the following: an amendment to the law to ensure pain relief is given to unborn babies prior to late-term abortions; an amendment to ensure babies who survive late-term abortions are given medical care and not left to die alone and unaided; D&E late-term dismemberment abortions that currently take place under the new law  should be prohibited; proper freedom of conscience protections need to be introduced to safeguard against healthcare workers being pressured to facilitate abortions; the three-day waiting period before an abortion can take place (which has saved countless lives) should be retained.