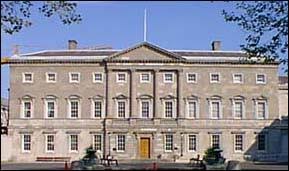 The Private Members’ Bill backing abortion introduced in the Dáil today by Socialist Party TD Clare Daly “falsely creates the impression that women in Ireland are being denied necessary medical treatments in pregnancy because of the absence of abortion here”, Dr Ruth Cullen of the Pro Life Campaign said.

Dr Cullen continued, “The reality is, however, that Ireland ranks as one of the safest countries in the world for pregnant women, safer than places like Britain or Holland where abortion is available on demand.

“The X Case decision, which Ms Daly proposes legislating for, heard no medical evidence and set no time limits for when an abortion could take place. So rather than being restrictive as claimed by its proponents, any legislation based on the X decision would amount to abortion on demand, with no regard for the humanity of the unborn child or the severe negative psychological after effects of abortion for many women. To ignore this reality in the name of “choice” does a grave disservice to women and their unborn children”.