The Importance of a <i>truly</i> Independent Chairperson of the Three Year Review of the Abortion Law. 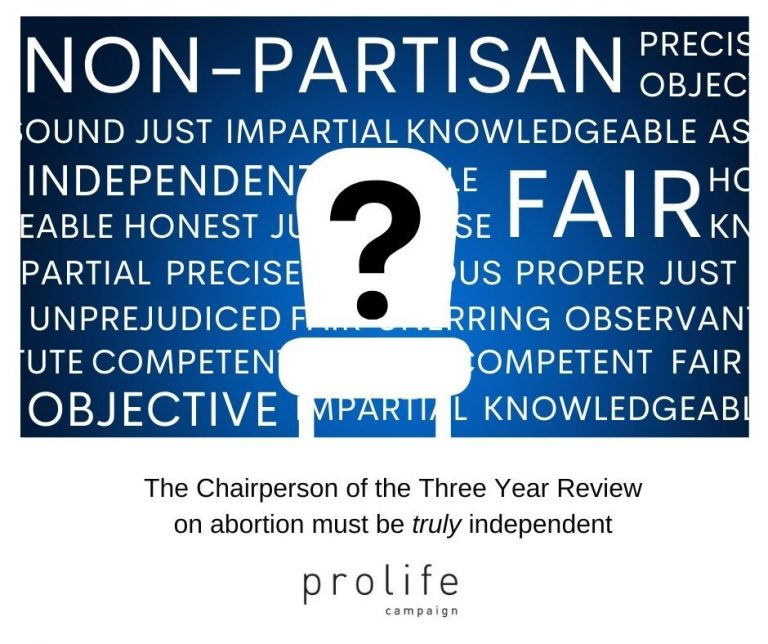 A key promise set out by Minister for Health Stephen Donnelly in relation to the three-year review of the abortion legislation has been the appointment of an independent chair to lead the process.

Minister Donnelly has stated that the chair will be appointed by the end of January 2022. This chair’s brief is to assess the research findings and produce relevant recommendations to the government drawn from these findings.

Several politicians, including Minister Donnelly, have consistently expressed their wish that the chair should be ‘independent’. What exactly constitutes independence in this instance differs from person to person. For the purposes of this review, the term is interpreted to mean simply an expert and respected non-government official. By outsourcing the task of leading the process to an independent third-party chair, the government is seeking to lend the process the air of being truly non-partisan and informed by the evidence alone.

To date, Minister Donnelly’s track-record of legitimately listening to pro-life views has been abysmal. Despite his claims to have met with civic society organisations and politicians who represented a ‘broad spectrum’ of views on the issue, Minister Donnelly’s track-record to date tells a very different story. He has met on several occasions with pro-choice groups and colleagues to discuss the setting up and parameters of the three year review but has point blank refused to meet with pro-life Oireachtas colleagues or groups on the matter despite their repeated requests. Meanwhile, the worrying comments made by a Department of Health official that the ideal candidate for independent chair would be someone who takes a ‘sexual and reproductive rights-based approach’ did little to alleviate pro-life concerns about the three-year review process. The term used is a well known and accepted reference to the provision of wide ranging abortion.

Whilst aware of the realities of the present political situation, the PLC approaches the review in good faith and with the intention to engage with the process to the fullest of our ability. Whilst we support the appointment of an independent chair, this must mean someone without a partisan history of campaigning or activism on the issue of abortion, including public statements or comments. This does not infringe upon an individual’s right to hold a private opinion, which should be of consideration to the review. Instead, the chair must be someone with an impeccable record of fairness and without a history of partisan activism.

The ideal candidate should approach the evidence and submissions received during phase one with an objective and value-free framework that judges all evidence on its merit. This spirit should inform their collation of the research to ensure their recommendations are fair and drawn from a cross-section of the submissions received. If this approach is followed, flagrant human rights abuses and excesses happening during the present operation of the 2018 Abortion Act will undoubtedly be rectified for the benefit and wellbeing of women and their unborn babies.

The review must not be a predetermined liberalisation process stage-managed by an activist or a technocrat. It should be a genuinely fair and open process which is led by a truly fair and objective independent chair. This prospective chair should not be beholden to the government or opposition parties’ desired outcomes, they should judge the research and arguments presented on their individual merits and make recommendations which are informed and backed up by the evidence.

It behoves all Oireachtas members to ensure that such a truly independent chair is appointed.