Given the importance of adoption in the structure and family life of Irish society, the PLC calls on the Government to prioritise the need to simplify the adoption process as much as possible and in particular to promote the use of open adoption as a positive and life-affirming option during to pregnancy. 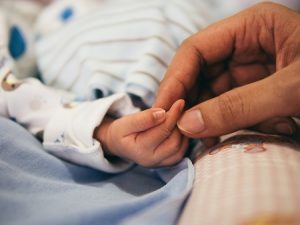 While the PLC welcomes the recent legislative work on the Adoption (Information and Tracing) Bill 2016, it is noted with regret that the issue of adoption was not given the time it deserved during the recent, state-funded Citizens’ Assembly where it received only a passing mention in the context of unplanned pregnancies. In order to address same, the PLC recommends that the Government hold a state-funded conference to consider the needs of parents hoping to adopt, with the intention of focusing on the concerns and experiences of those who have been through the process whether as parents giving their child a chance at a better life, or as members of the wider family. In such a context, the recommendations of interested parties can be given real consideration with the aim of eradicating any remaining stigma around adoption and ensuring that the process be made as transparent as possible.
Finally, the PLC recommends to Budget 2018 the dedication of funding specifically ring-fenced to the area of adoption so as to guarantee the removal of any obstacles that might militate against the continued improvement of services for the benefit of parents and children in Ireland.